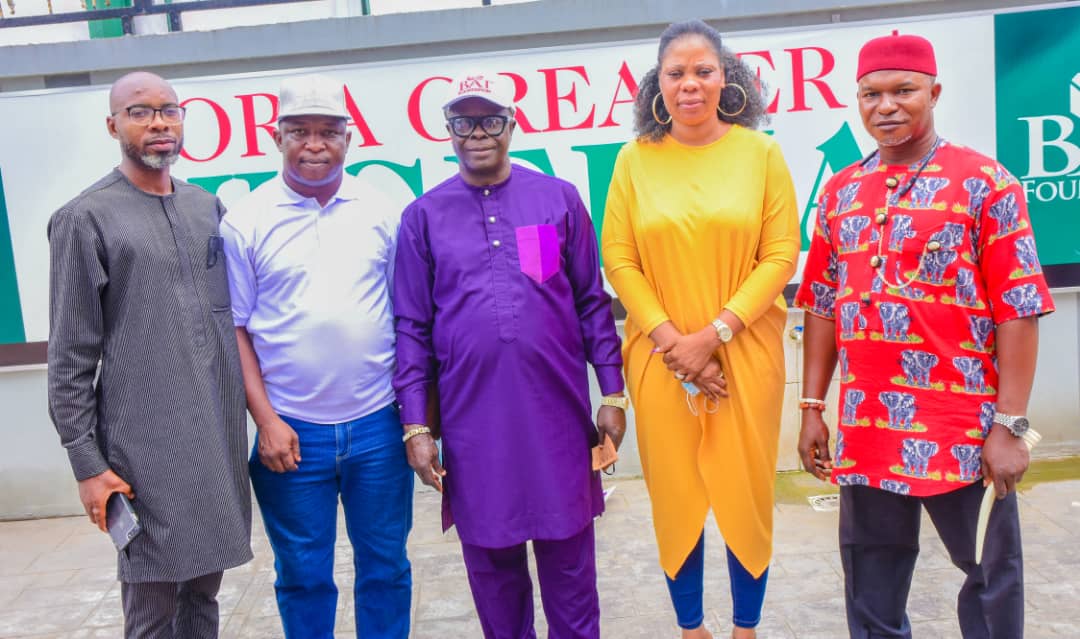 An Igbo group in Lagos State has declared its support for the National Leader of the All Progressives Congress (APC), Asiwaju Bola Ahmed Tinubu, ahead of 2023 should the latter agree to contest the presidential election.

The Obasa Movement, Ndigbo branch, in Lagos made the promise when its members paid a courtesy visit to the Bola Ahmed Tinubu (BAT) Foundation at the weekend.

At the meeting which had royal fathers and leaders from the Igbo community in the state, High Chief Enyiwauzo Solomon Sunday Chukwu (Solochus), who coordinates the Obasa Movement (Ndi-Igbo Lagos), said it was a general decision to also support Speaker Mudashiru Obasa of the Lagos State House of Assembly in his political journey.

To this effect, Chief Chukwu, who led Igbo leaders and members of the group across Lagos West to the foundation, said his people are prepared to sacrifice their time and other resources to achieve victory for Tinubu and Obasa.

“Whatever I am today was the result of Tinubu’s policies,” he said.

Commending the group, the Director-General of the foundation, Hon. Ipoola Omisore, noted that the Igbos remain important to the growth and development of Lagos and Nigeria.

Omisore added: “We are here because of two people, Asiwaju Tinubu and Rt. Hon. Obasa. When you want to deal with people, first try to know how faithful the people are.

“Bola Ahmed Tinubu is the most faithful Nigerian to other tribes. He believes in talents and does not care where a person comes from. He has fixed Igbo men and women in his cabinet and in other offices.

“Even out of cabinet office, he still made sure those who succeeded him followed the steps. As I talk to you now, we are planning primaries and Igbos will take part.

“So your coming here is to solidify the friendship and trust we have in each other. In Lagos, nobody can wish away the Igbo people.”

“I also want to tell you that Obasa is a very reliable person. So I want to let you know that Obasa is the best for Lagos West. He is going to the Senate with 20 years experience from the Lagos State House of Assembly and he is going there with authority, not to learn the ropes.”