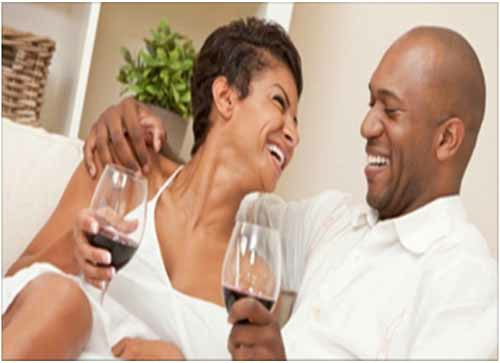 In the last few years, I’ve been out with three men only. I’d discovered that they weren’t the partners I always hoped for. In fact, the last one was having an affair with a so-called best friend behind my back.

I’ve just met a new man and he’s kind and generous. The love-making is better than I’ve ever had, and I have a feeling he could be the one. But how can one really be sure you’ve found a soul-mate, with all men saying one thing and acting the other?

With any new potential, you should keep an eye on whether or not you truly suit each other. According to relationship experts, if you tick ‘yes’ to fewer than six of the sections below, you should be wary:

Goal: Your major life goals (such as having kids match each other.

Sense of humour: You find it easy to make each other laugh.

Talking styles: The two of you communicate well, particularly when you’re in conflict.

Desire to be together: Your commitment to each other is more or less equal.

Love-making preference: You have similar tastes in bed.

Expectations of life together: You agree on the basic issues of day-to-day living, such as who does which chores around the house.

Emotional styles: You can handle each other’s tears and tantrums.

Attitude to money: You and your man agree on when to save, when to spend, what to buy.

Mutual esteem: You respect each other.

Values: You have idea on what’s important in life, such as family, friends, money and success.

But don’t expect to be matched in all categories, and don’t rush to dump him at the first sign of problems. Time and efforts bring you and your man close together