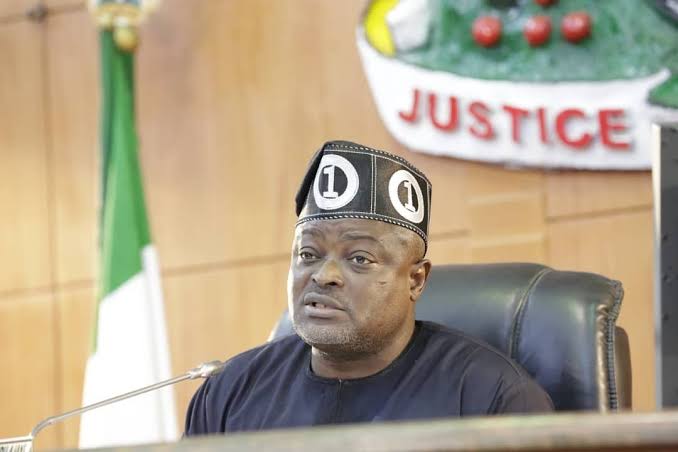 The Lagos Stabte House of Assembly on Tuesday lifted the suspension slammed on Tajudeen Ajide, the chairman of the Surulere local government council.

Ajide and two of his colleagues, Ogidan Mukandasi Olaitan of the Lekki LCDA and Suleiman Jelili of Alimosho local government area, were suspended on May 4, 2021, over alleged disregard for the guidelines governing their activities.

While lifting the suspension, the House, however, tarried on the two other chairmen over issues that are yet to be resolved.

The Speaker of the House, Rt. Hon. (Dr) Mudashiru Obasa, noted that Ajide had written to the House appealing for forgiveness.

He also said several meetings had been held by the relevant committee of the House over the allegations against the chairman.

However, for the Alimosho council chairman, the Speaker said it was learnt that he refused to hand over to the vice chairman after he was suspended.

He directed the two lawmakers from the area, Hon. Bisi Yusuff and Hon. Kehinde Joseph, to investigate and report back.

Recall that the suspension of the council chairmen followed a motion moved by Hon. Yusuff, who raised issues against Olaitan. He was supported by Hon. Fatai Mojeed.

Putting the matter to a voice vote, Speaker Obasa had warned: “Total disregard for the local government guideline is something that should not be tolerated.

“We cannot continue like this. We can’t be breeding monsters in our local government councils.

“This will also serve as a deterrent. We have received many petitions from councillors.”