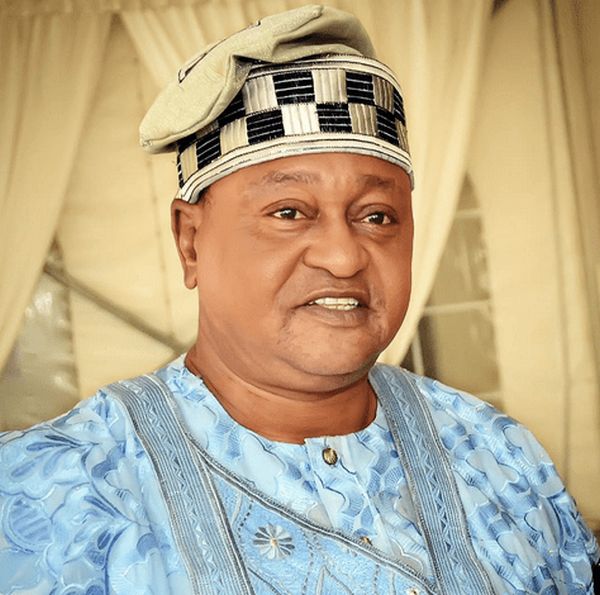 Veteran Nollywood actor and producer, Prince Jide Kosoko has reacted to the controversies surrounding the composition of the Lagos State Government’s committee for the funding of films in the state.

The actor, whose name has been variously mentioned in the controversies, however declared that he has no problem with the idea behind the committee but urged Governor Babajide Sanwo-Olu to make additions that can best represent Indigenous small scale movie producers.

Describing the current composition of the committee as elitist in a statement he issued on Wednesday, Kosoko insisted that for the state government to achieve it’s set objectives, two other members must be added to represent those he described as the mainstay of the movie industry in the country.

The statement reads: “I have been inundated by several calls and have read several arguments for and against the composition of a committee set up by the Lagos State Government for funding of the movie industry in the state.

“For this, I cannot pretend to be unaware of the controversies that has trailed it, especially its composition.

“Let me however start by commending our able Governor, Mr. Babajide Sanwo-Olu for coming up with such an idea, an idea that was surely born in time and most assuredly needed. I dare say that whatever misgivings anyone may have, one thing is sure, you cannot fault the motive behind it.

“We have had several administrations in Lagos and other states of the federation, but not many have given as much thought to our industry to be able to come up with such an idea and putting it to work. So, I commend Governor Sanwo-Olu for that.

“Secondly, I must say here that I am aware of the observations of The Eko Foundation and other organisations on this issue and I appreciate their intervention not because my name is mentioned, but because their statement is not far from my view on the issue.

“Let me, however quickly say here that I don’t know who the members of these associations are. Though I was once the Cultural Secretary of Eko Foundation when the late Justice Muri Okunola was our President. But that was so many years ago.

“I have followed the arguments on social media, groups that I belong to and online publications and I must say I appreciate everyone that has made contributions, though I may not completely agree with some of the approaches employed.

“Here are my thoughts on the issue at stake:

“There is no doubting the fact that most of the people appointed into the committee are elitist filmmakers that have made us proud in one way or the other with their achievements.

“I constantly salute their courage, for whatever they have achieved have been with a dint of hardwork and risk taking over the years. We, however must not lose sight of their obvious distance from the thousands of grassroot filmmakers, who have been and will continue to be the mainstay of film production in Nigeria.

“The real indigenous film practitioners that runs into thousands, are the ones sustaining what we call Nollywood and they are from all tribes. The question, however, is, can the committee, as presently constituted represent these indigenous everyday filmmaker?

“If truth must be told, the members of the current committee have no connection with existing associations in the industry, not to talk of their members. It is therefore my fear that as things stand at the moment, the situation maybe that of winner takes it all!

“It is therefore my honest opinion that small scale producers need representation on the committee. They have to be represented by people who understand the game as it is played at their level and who have a good grasp of their struggles, especially for funding.

“Secondly, I have heard some colleagues talking about bringing tribalism into the composition of the funding committee, and I must say that I am quite disappointed by such comments.

“It is surprising that anyone can call indigenes asking for at least one or two of their own to be in a committe of 9, tribalism. I still find it difficult to see any state in Nigeria that can tolerate this or has ever tolerated that before.

“That you are a Lagosian by virtue of your birth or length of stay, does not take away the right of the indigenes! Do you know the kind of struggles it took our forefathers that brought Lagos to be? Or do we have any other place called home that we go for holidays like Easter, Christmas and the likes? The truth is that no matter how accommodating Lagos is or has been, there are people who are indigenes, whose rights for inclusion must be respected without tagging it tribalism. Lagos and Lagosians, if fair must be fair, cannot be tagged with the toga of tribalism in good conscience.

“We all know what has happened in the past over the issue of tribalism in the industry, which I will not want to go into as a pioneer and frontline practitioner in the industry, who has always been working for its progress and development. However, it is necessary I mention here that as Lagos indigenes in movie industry, we have never been known to exhibit any form of trabalistic tendencies.

“Lastly, I will implore Governor Sanwo-Olu to have a second look at the composition of the committee and inject at least two more members to represent small scale film producers, one Lagos indigene filmmaker and another indigenous filmmaker from any tribe. It is only by doing so that the objectives of your administration for the industry can be best served.

“Once again, let me appreciate Governor Sanwo-Olu and his team for this kind gesture while also looking forward to having the expressed concerns of many that have made one comment or the other on this issue worked on speedily for the good of our industry.”