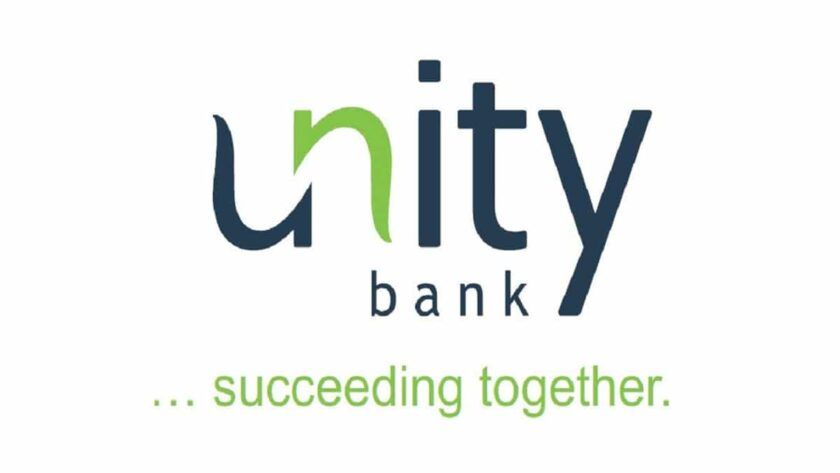 Unity Bank Plc has revealed a plan to make its capital injection plot available to the public soon. Devoe Okorie, Unity Bank Head of Corporate Communication said this in correspondence with MarketForces Africa.

According to a document made available to MarketForces Africa, the Tier-II capital lender said it is operating with improved key performance indicators. However, a quick look at the lender’s audited report for 2020 show there was material uncertainties qualification made by its auditor, KPMG.

In the audited report, KPMG said that a material uncertainty exists in Unity Bank Plc that may cast significant doubt about the Bank’s ability to continue as a going concern.

“…As at 31 December 2020, the Bank’s total liabilities exceeded its total assets by N275 billion and the Bank did not meet the required minimum Capital Adequacy Ratio (CAR) of 10% and the minimum capital requirement of N10 billion for a national bank as required by the CBN”, KPMG said.

In a parallel move with auditor opinion, Unity Bank said it posted reports that shows stronger and growing fundamentals across major indices and key performance indicators that alludes to healthy growth of its balance sheet on a consistent basis”, the statement reads.

It added that its top-line performance was driven by improvement in net interest income margins which reported 16% growth. The bank said it recorded assets growth of 67.90% to N492.02 Billion, and gross earnings of N42.71 Billion.

“The Bank substantially grew its customers’ deposit portfolio to N356.62 billion, up from N257.69 billion in the corresponding period of 2019, representing a 38.4% growth.

“This affirms positive market uptake of the Bank’s product offerings, as well as the lender’s growing customer base to its recent aggressive push with agile customer-centric products, which has played a role in deepening financial services penetration especially to a wider world, underserved spectrum of the retail market”, the statement reads.

It also added that other major highlights of the audited financial statement relate to growth in its net operating income which rose to N25.46 billion from N23.21 billion in the corresponding period of 2019, representing a 9.71% increase.

Similarly, in the Bank’s unaudited Q1, 2021 results submitted to the Nigerian Exchange, the retail lender’s profit before tax grew by 43% to N784.3 million from N550.1 million recorded in the corresponding period of 2020.

On the liquidity position, the bank said its Q1 2021 results recorded cash and balances with the Central Bank well above the threshold 27.5%, having posted a 326% increase to close at N111.2 billion from 26.1bn in the corresponding period of 2020.

“This is even as the lender also grew customer deposits by 13% to N348.3 billion from N308.8 billion in the period under review, a strong indication of the growing popularity and acceptance of the Bank’s array of innovating products and services”.

Explaining further, the management position that as an outcome of increased focus on supporting local enterprises and industry, the asset column also showed a significant growth in loan portfolio of 76% as net loans and advances to customers increased to N223.2 billion from N126.6 billion in the corresponding period.

This occurred as total assets for the period jumped by 42% to close at N521 billion from N366.8 billion in the corresponding period of 2020. The Bank said it has been pushing transformation initiatives spearheaded by the new management.

“This is a strategic approach targeted at the youth market through several products such as the launch of omni-channel internet and life-style mobile application which is flagship UniFi, Multi-lingual USSD service which enables young people to bank, shop and interacts.

“There is also the Corpreneurship Challenge, which is a pioneer initiative by the Bank targeted to drive entrepreneurship capacity of young graduates completing their national youth service”, it added.

The management said Unity Bank continues to build a valuable franchise in its agribusiness, noting that the Bank has demonstrated an unwavering commitment to supporting agricultural businesses over the past five years.

“The Bank has broken new grounds by partnering with the Central Bank of Nigeria and the Rice Farmers Association of Nigeria to deliver the long-held objective of ensuring self-sustainability in rice production pushed by the Federal Government of Nigeria.

The management also noted that the partnership with the rice farmers have so far generated no fewer than 300,000 direct and indirect jobs and led to the cultivation of over 1 million hectares of farmland, across 26 States, producing no fewer than 2 million metric tonnes of rice this wet season alone.

“The Bank is consolidating on the gains from its core business areas and niche in the agribusiness sector. The Bank has solidly financed over one million farmers over the past three years.

“These farmers cut across several primary crop production such as rice, maize, cotton, wheat, sorghum, etc. coupled with their rich value chains, and it hopes to continue to expand on this as its play its role in driving the country’s quest for self-sufficiency in food production”, the official indicates.

Unity Bank said its executive management with full cooperation of the Board sold its non-performing loans, a move that reflect the bold initiative of the new team to settle the issue of legacy loans once and for all and refocus the bank to leverage resources that will bring about top line performance.

This is expected to be driven optimizing its technology, digital platforms and focusing its people on targeted opportunities across regions to deliver operational efficiency and improved customer service.

“With the de-risking of the balance sheet, the Bank has turned the corner, currently posting near zero percent NPL ratio along with the enhanced credit management process”, lender stated.

Unity Bank said, “Market analysts believe that the thorough diagnostics of the Bank as well as the bold, firm and strategic action by the new Board & Management to eliminate the drag on the Bank in the form of huge legacy non-performing loans remain a feat that will set the Bank up on the path of strong and sustainable growth and profitability”.

The management added that the Bank has continued to hone initiatives aimed at getting rid of inefficient operating structure which manifested in excessive costs, poor branch spread and inadequate application of technology amongst others.

“Despite the capital base, the efforts put in to revamp the institution has resulted in a leaner, smarter and dynamic Bank with a healthy Balance Sheet.

“Furthermore, with the progress being made on the ongoing capital raising, the Bank is firmly on course to achieving sustainable growth and sound performance.

“On capital raising, although the global pandemic delayed the capital raising process, the exercise is well on course. There is a clear process around capital injection which would be made public in due course”, Unity Bank said.