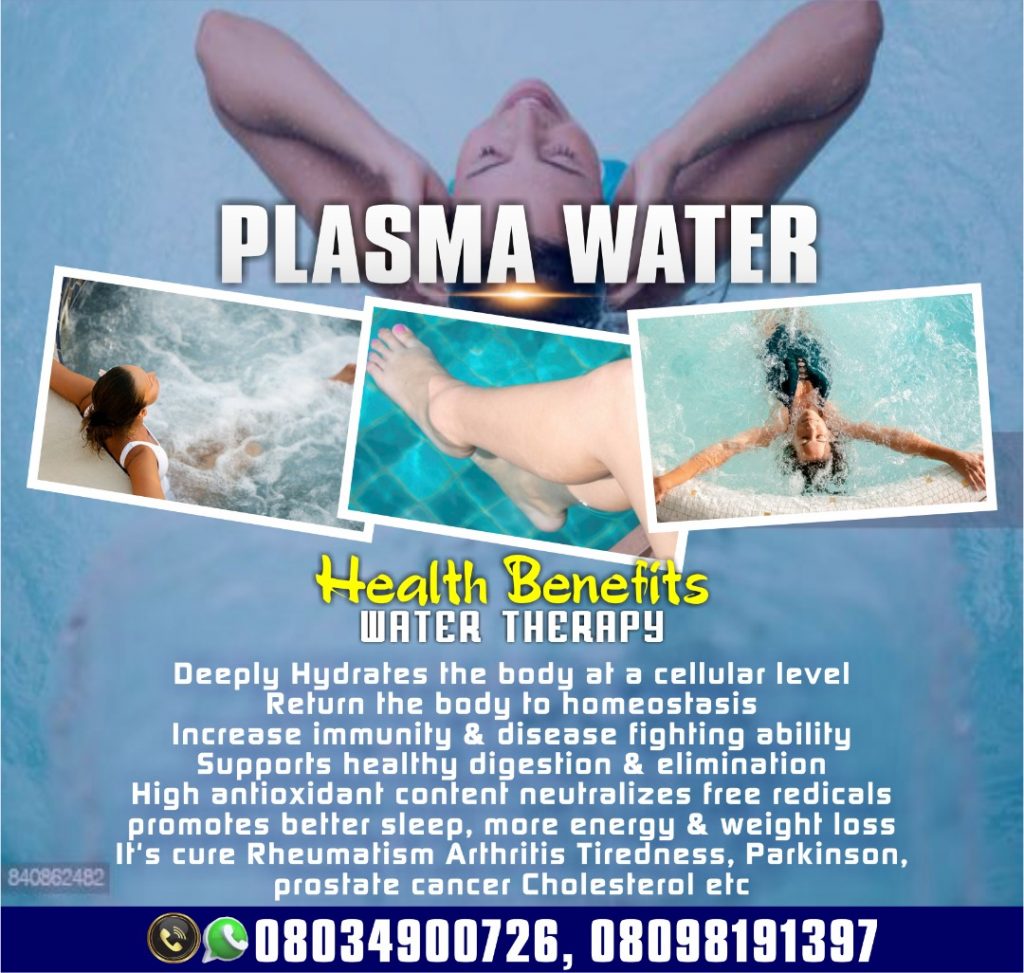 Odutayo Adewole Olusegun is a builder, researcher, an enterpreneur and the producer of Plasma Water.

The producer declared that:
God is the brain behind it, because he created us perfectly healthy and provided all we needed to stay healthy, but the only thing we need to do is to seek the knowledge, which a researcher called Tesla has done.

On how got the inspiration to start Plasma water, Odutayo Olusegun noted that he met a professor of cosmic mechanics and was so blessed that he has answers for many things that affect human beings and joined him in a research on plasma production and many other things.

Olusegun, a graduate of Building Technology from Yaba College Of Technology is an indigene of Ijebu Isiwo in Ogun State and the first son in the family of 6. He is also married and blessed with children.

The producer of tested and trusted Plasma water revealed that those who have been healed through it have been given testimonies and referring patients with ailments to him.
Olusegun is therefore calling on more patients with all sorts of sickness to consult him because everyone created by God need to live a healthy life.