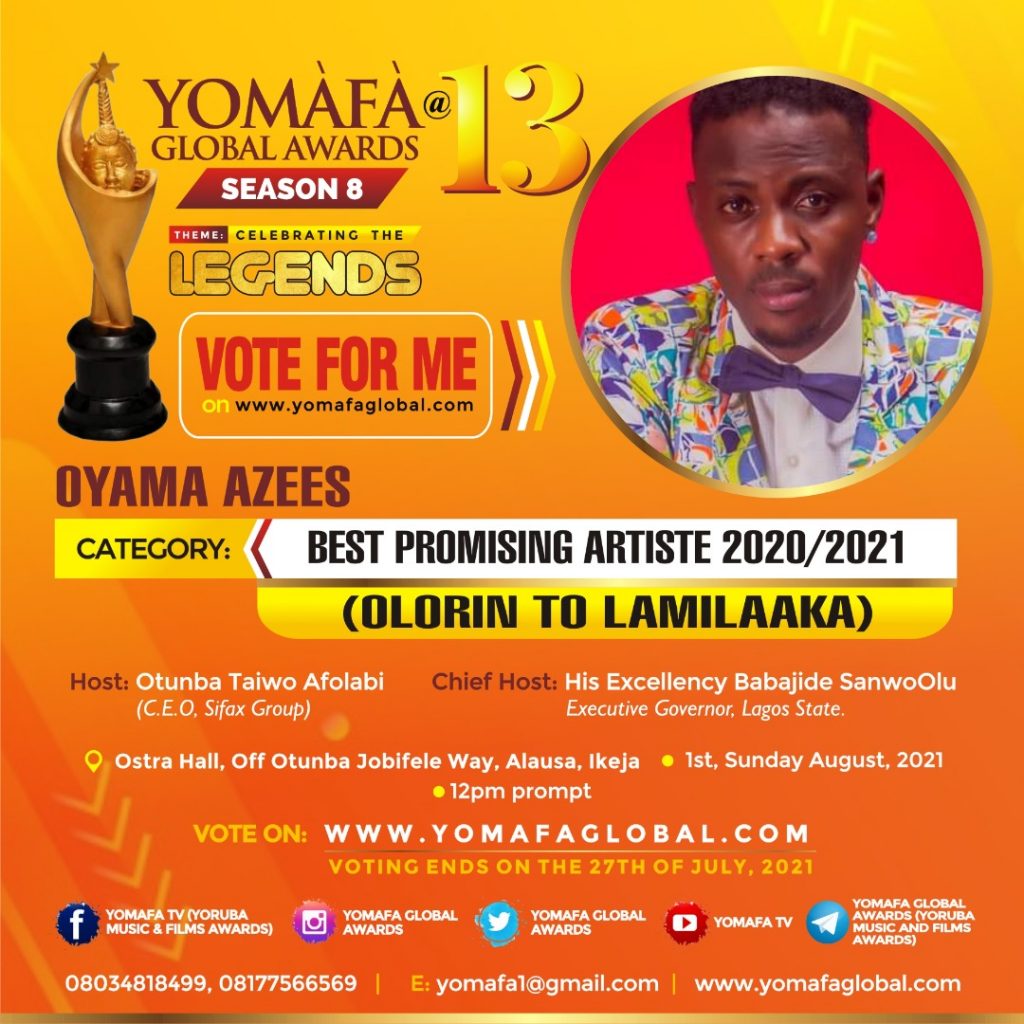 Speaking on the nomination, Oyama Azeez said he was delighted to have been nominated in the first place, despite the fact that he has been expecting the nomination since 2013.
He therefore seeks the votes of his fans, family and friends to emerge the winner of his category.

On how to vote, “people should click on www.YOMAFAGLOBAL.COM, they will see my category “Best Promising Artiste 2020/2021 and once they click on the link, it bring them to where my picture and other nominees pictures are with our names, they should just click on my name, Oyama Azeez to vote. They can vote as many times as possible for me to win the Award”

Alapatinrin as he fondly calls himself told our reporter that, Fela Anikulapo and Sikiru Ayinde Barrister of blessed memories inspired him into music with their songs.

He declared that he’s following their style because till tomorrow their songs are still relevant.

Oyama Azeez who describes his style of music as modern real Fuji curator says singing for him is a gift from God as he started it from his teenage years.

He has recorded nine albums to his credit, of which only four have been released.