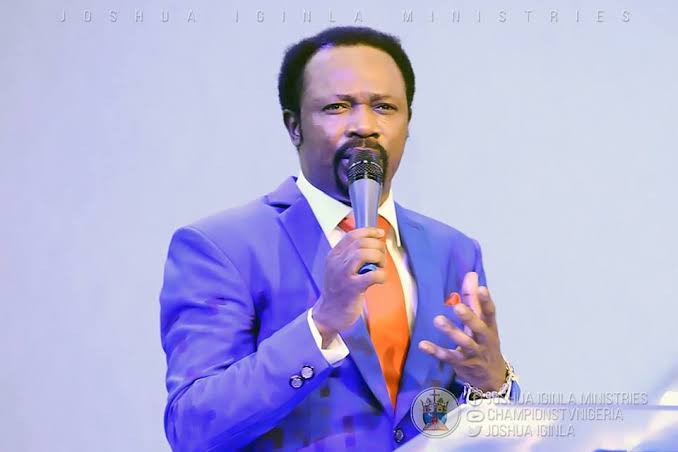 Plots by a powerful cartel to implicate and set up popular Abuja-based prophet, Joshua Iginla has been exposed.
The information available to us revealed that the syndicate being sponsored by high ranking Pastors have colluded with some ex-staff of the ministry who were sacked over gross misconduct to rope him with kidnapping and murder of two kids and two women.

We reliably gathered that the cartel hatched the plan to kidnap two kids from the children’s department, kill them and bury them behind the bush in his church, Champions Royal Assembly at Kubwa, Abuja. After the parents of the missing children have reported the missing kids, a lady will be killed too and her friend who allegedly had been paid too would report to the police claiming her late friend’s last port of call was Iginla’s  church.

Two days after the report, another lady on their payroll would post her encounter on social media claiming Iginla threatened to kill her if she didn’t keep the secret to herself. Sadly, unknown to her too, another person had been paid by the cartel to kill her so as to make it look like Iginla did that as claimed by her. This would draw the attention of the police to Champions Royal Assembly where a witness in their payroll would attest to it that he had seen the missing kids in the church before and would lead them to where the kids were buried behind the church.
The plot by the carted is aimed at implicating Prophet Iginla with kidnap and multiple murders. These plots according to them would lead Iginla to jail and the closure of the ministry.

These wicked ploys were exposed by one of the newly employed staff of the ministry ( name withheld for security reasons) who was approached by the cartel to witness against Iginla when their plots are fully hatched.
In a series of chats made available to us, one of the arrowheads of the cartel with a pseudo name called Ebuka Kent, approached the young staff who was just employed a month ago to work for them for N7 million with the promise of flying him to the country of his choice once the dead was done and also pledged to place his parents on a monthly salary of N200,000.

Ebuka initially lured the lad with a mouth-watering offer of N3m as initial payment and a stay in any country of bis choice by their sponsor. The young boy thinking it was a drug business kindly turned down the offer. After much Cajoling, Ebuka opened up to him about the plot by the cartel to frame up Iginla.
The frightened boy who is just 19 years old, sent prophet Iginla an SMS requesting help. Iginla through his PA beckoned on him to see him at his office and that was when he confessed the whole saga to him with the evidence of their chats.

After consultations with a certain senior police officer in Abuja, the lad was advised to play along with them and he called to agreed that he was ready to be part of the cartel but insisted on nothing less than Seven million to carry out their wicked ploy. Ebuka agreed immediately but blocked the lad immediately he requested an initial deposit in cash and not transfer.

Confirming the incident, Iginla openly informed the members about the ungodly moves by so called clergy men and how the plot was exposed.

In his words, Iginla expressed sadness over the evils being perpetrated on the altar.
Furthermore, the young lad too in the video made available confirmed the tale as nothing but the truth .