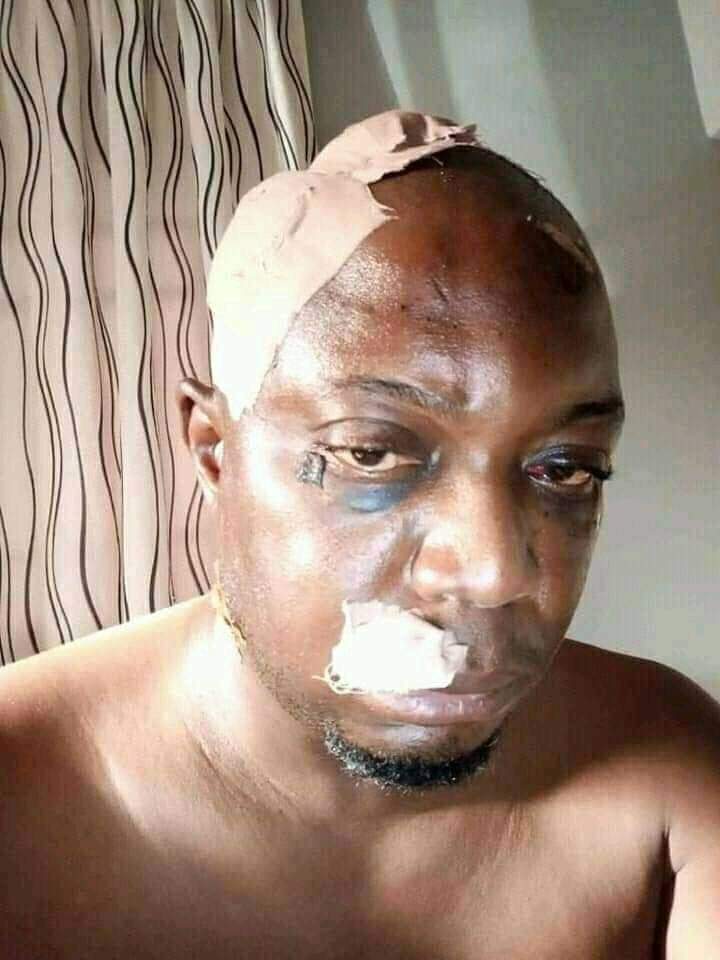 A former House of Reps member who represented Jechira Federal Constituency in Benue State between 2003 and 2007, Hon. Sharon Aondona Dabo, is alleged to have beaten her husband to a pulp on Wednesday evening, leaving him with severe injuries.

This incident is coming few days after the husband, Mr David Fiase Aondona, made a post on Facebook alleging threat to his life while asking the public to hold his wife responsible should anything happen to him. Mr Fiase had accused the wife of trying to kill him with domestic violence.”

Mr Fiase is currently seeking punitive actions against his wife, Daboh for threat to life as he has petitioned the Inspector General of Police-IGP to prevent the wife from killing him.

In the petition made by BIMA CHAMBERS, Mr. Fiase requested the dissolution of the marriage saying the “woman would habitually threaten to kill him by any slightest misunderstanding they had as a couple.”

The petition dated December 7, 2021 said the couple got married in 2017 but started having issues a year after which he fled from their matrimonial home for fear of being killed by his estranged wife, Hon. Sharon Aondona Daboh.

Fiase further told the IGP that “sometime in February, 2019, he caused a notice of petition for the decree of dissolution of the marriage between him and Hon. Sharon Aondona Daboh to be filed at the FCT High Court, wherein she evaded service of the originating processes on her before the unfortunate demise of the learned Judge whose court the suit was assigned.”

Regrettably, “while efforts were being made to serve Hon. Sharon Aondona Daboh, he was kidnapped somewhere in Garki, FCT-Abuja, on the 24th July, 2019, by unknown persons, stabbed brutally on his face and neck, tossed out of a moving vehicle and left to die by the roadside. However, he survived the gory attack and thereafter made a formal complaint at the Garki Police Station.

“That owing to service of the court processes in respect of our client’s suit for dissolution of the marriage between them, sometime in November 2021, Hon. Sharon Aondona Daboh started harassing our client; she immediately changed her Facebook profile to reflect our client’s name and pictures and has now resorted to posting highly obnoxious and odious comments about our client on her.

“We are further informed by our client that in addition to the harassments in paragraph 7 hereof, Hon. Sharon Aondona Daboh has transferred unsolicited funds to his bank account on 2 (two) occasions. She transferred the sums of N5, 000.00 (Five Thousand Naira) and N50, 000.00 (Fifty Thousand Naira) to our client’s account on the 3rd and 7th of December, 2021 respectively, from her company known as Herbal Original Wonder Tea.

“That we count on your good offices to invite and investigate Hon. Sharon Aondona Daboh accordingly and also cause her to undertake the safety of our client. While acknowledging the wonderful work your organization is doing in protecting lives and properties and fighting crimes throughout Nigeria, accept the assurances of our esteemed regards.” The petition reads