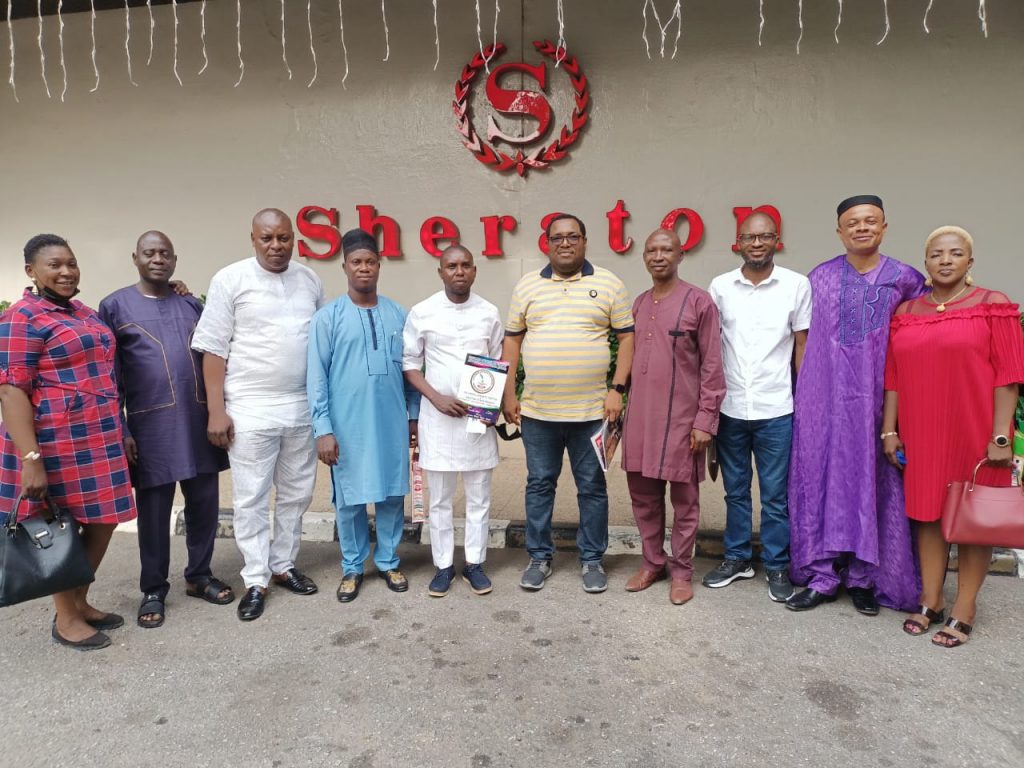 The one week long activities to commemorate the 3rd annual general meeting, gets-together and induction of new members came to an end on Friday, 28th December as great members of Celebrity Journal Publishers’ Association of Nigeria hosted some top corporate executives, entrepreneurs and celebrities to a lavish lunch at Sheraton Hotel, Ikeja.

The programmes as scheduled started on Monday 14th December.

Members of CJPAN engaged in a Corporate Social Responsibility (CSR) in collaboration with LAWMA to clean some filthy parts of Lagos.
A visit was made to some orphanages where gift were presented to the needy on Tuesday.

An awareness programme was taken to the market women to sensitize them on the importance of the ongoing COVID-19 vaccine which can also prevent them from contacting the variant, Omicron disease.

A lecture was held on Thursday, members of the association gathered to debate on how to work towards and contribute their own quota in preparation for the 2023 general elections.

The programme came to an end with the convergence of the distinguished invitees as CJPAN hosted those who have contributed immensely to the progress of the association.

Top on the list of the invited guests are, Mr. Ramon Nasir Olanrewaju, Head, Media and External Affairs Department of UBA, Mr. Ugochukwu Uwajeh of Soulcomms who played a dual role of representing his company and their client, GTBank, Mr. Blaise Udunse of Heritage Bank, Mr. Jide Sipe of Ecobank, Aare Bashir Fakorede, one of the patrons of the association, the Iyalaje Oodua of Yoruba-land, Chief (Mrs.) Toyin Kolade, Mr. Kunle Hamilton are also invited.
While delivering his speech during the presention of Certificate of Induction to new intakes, Mr. Ramon Nasir kudos the association for its steadfastness. He urged members to be factual in their reporting and should not join the bandwagons of ‘fake’ journalists who operate just to blackmail.

He further advised the new members to follow the good steps of their colleagues in the association.

However, CJPAN President, Joshua Uloko maintained that new members should follow and abide by the rules and regulations governing the association.
He told them not to engage in illegal operation that may tarnish the image of the association as well as the integrity of members after which the certificate and constitution of CJPAN was given to them.

“This is to guide you and direct you as a member of CJPAN. Nobody in this association is above the law as put down in the constitution. Anybody who is caught doing anything contrary to these laid down rules will have his/her certificate revoked.” Uloko concluded.

( Comrades…kindly follow this ☝🏻☝🏻I was already asleep while typing yesterday, I checked this morning to see some typographical errors, I have corrected them so you can use the corrected version. Compliments of the season to you….let’s our pens remain mightier)