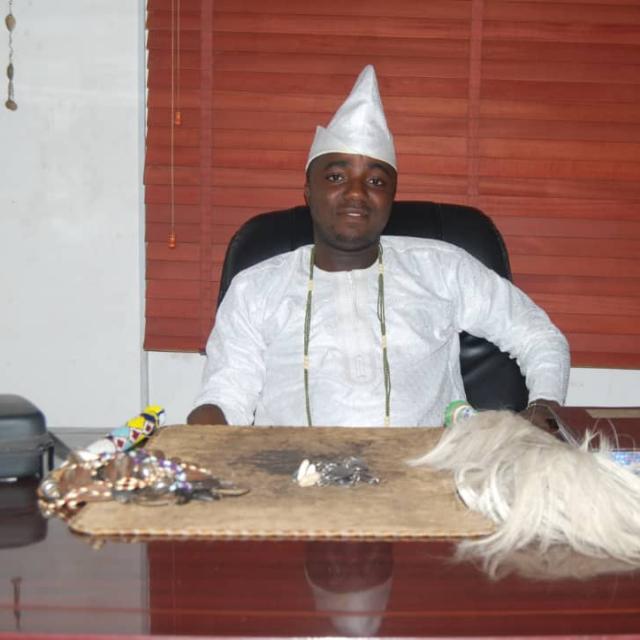 To say the least is that Nigerians are now adhering to the use of traditional medicines in recent times. Basically to offer quick solutions to their health problems.

On the contrary, different herbal drinks have flooded the market with different names to convince consumers. Most of these drinks are pure ethanol mixed with dark colouring and can only help you to get drunk as quickly as you want.
Part of this is the reason the Ministry of Health would not stop the campaign of consuming drinks that are not registered with NAFDAC.

Though a traditional healer who specializes in IFA consultation and have proffered solutions to many people’s problems, Chief (Dr.) Bamikole Seyi Fasanmi, CEO Oba-Ela Tradomedical Healing Limited recently took it upon himself and embarked on researches and discovered some tradomedical ways of healing different diseases in men and women.

Speaking with newsmen recently, Oba Ela as he’s popularly called, explained how disappointed he is each time he is driving and see men sitting by the road sides drinking all sorts of concortions, all in the name of finding solutions to their health problems.

“I’m telling you, the reason why we have different terminal diseases like liver and kidney problems, cancer of the stomach and even high mortality rates among our youths today is as a result of what we consume.

I started my research by visiting some medical doctors who are specialists in their departments. I got information on how indiscriminately drinking of alcohol have rendered many men and women useless and have sent many to their early graves.

“Everything about me must start with IFA consultation and as IFA has instructed me to go ahead, I started my research.”

However, after much efforts, series of herbal products which can be of great help to mankind have been discovered.
Speaking further, Oba Ela emphasized much on his products which according to him will surely offer appropriate solutions to the different diseases they are meant for.

“I realized 80% of men who take the so called herbal drinks (Jedi) do so to increase their libidos. Men want to stay long and enjoy sex to the fullest. Some will drink till late and even forget they have a ‘match to play’. And by the time the lady comes they might have slept off. I took it upon myself to start from that point and that was how JAGUNLABI BITTERS came in.”

Jagunlabi as the name implies is an all round and multi-functional herbal bitters that works in both men and women to crumble all sorts of sexual incapabilities.
It also works for chronic harmeroid (Jedi-jedi), it works as an antidote to other terminal diseases. Tested and trusted, Jagunlabi has proved to be a must have for every family.

Talking about his belief in IFA deity, Oba-Ela said, “Contrary to the wild belief that IFA worshippers are idolatry, I must be sincere with you, the three major religions in Nigeria call the same God Almighty. Christians call God because of the English dominance. He’s Allah because Islamic originated from Arab. We call Eledumare because we use our traditional language to worship Him, I don’t see any difference in all the religions.”
“IFA is a divine message of God and Orunmila is the messenger, IFA is a driving directions that proffer solutions to all problems associated with mankind. Just like prophets, seers and Alfas also have their ways of communicating with God, traditional worshippers also consult IFA to give clear pictures of any situation.”

An indigene of Ijero Ekiti in Ekiti State, Oba-Ela claimed his dexterity in tradomedical and IFA consultation is hereditary after which he went for a brief training.

However, preparations is in top gear to float the first ever IFA Academy, an online study for interested people and this will begin in few months time.

Before now, different clients from America, UK, and other Africa countries have been consulting. And most have testified to the good work of Oba-Ela.