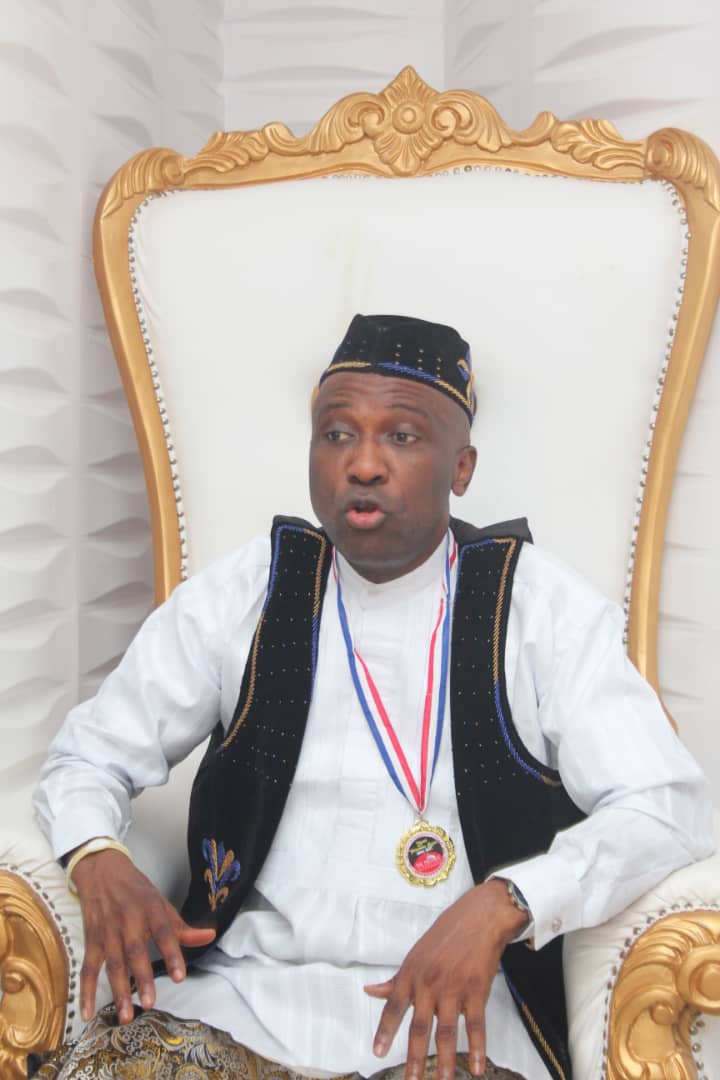 Ahead of the 2023 general election, several politicians and businessmen have started making underground moves.

While there are contenders, there are also a lot of pretenders. There is no gain saying that the likes of Atiku Abubakar, Senator Bukola Saraki, Governor Yahaya Bello are some of the contenders who have indicated their interest to contest the topmost job of President.

Indeed, there are other players like Asiwaju Bola Ahmed Tinubu and Professor Yemi Osibajo who recently declared their interest in the plum job.

Only recently, a report claimed that Professor Osinbanjo had confided in President Muhammadu Buhari that he would be contesting for president in the next election. This has proven to be a fact, as his supporters have since gone full throttle.

Tinubu’s recent statement that he would not turn down invitations by groups or individuals to contest the election speaks volume of how far he is set to go to actualize his dream.

Indeed, several individuals, social groups, and organisations have continued to canvass for the former Governor of Lagos State to contest the election, even as he has already declared his ambition to President Muhammadu Buhari.

The trip to London by almost all the politicians that matter in Nigeria to greet the All Progressive Congress (APC) national leader while he recuperated in London after a successful knee surgery depicts the level of endorsement Tinubu enjoys towards the course at hand.

Indeed, it is also a common sight to see Tinunu’s campaign posters in strategic locations in different states, especially in Lagos, while groups such as Tinubu Support Group (TSG), and SWAGA, a South-West initiative continue the structural work of what they hope would lead to the emergence of Tinubu as the next president of Nigeria.

Though there is nothing wrong with being ambitious, the ambition of Asiwaju Tinubu, is however one which has attracted several unpleasant comments from power brokers and political stakeholders.

In fact, his protégés including the publisher of Ovation Magazine, Dele Momodu, and Opeyemi Bamidele have blatantly denied endorsing his presidency.

While some people would be quick to tag Tinubu as the messiah of the APC, one fact which cannot be taken away from the man is that he is a powerful political juggernaut and the saviour of the APC south-west.

But is this enough to see Tinubu through to the exalted seat? From a common-sense perspective, the odds might look good for Tinubu, but the spiritual decides what happens in the physical world. The odds definitely don’t look favourable for Tinubu from a spiritual perspective.

As far back as 2019, a respected man of God and the spiritual leader of Inri Evangelical Spiritual Church, Primate Elijah Ayodele had maintained that Tinubu becoming the President of Nigeria is like the camel passing through the eyes of the needle.

Specifically, Primate Ayodele said: “The national leader of the APC, Asiwaju Bola Ahmed Tinubu needs to restrategise if he wants to continue well in his political career. I see him being disgraced in the party except he quickly restrategises.”

Primate Ayodele also stated that Tinubu’s boys will betray him and that his political career will not exceed 2023.

The man of God also warned that Tinubu’s political existence will soon end as he foresees his political sons standing against him due to the betrayal and uprising that will be raised against him.

“The plans to take over power from him are underway and almost perfected. His ‘boys’, those he trained politically, will betray, backstab and rise up against him.”

While many have tagged Primate Ayodele a political prophet, there is no gainsaying that those who have not heeded the spiritual advice of the man of God have done so at their peril, with many still regretting their choice of action.

While it is not ideal to celebrate people’s downfall, the list of people who have not heeded Primate Ayodele’s advice and have lived to regret it is indeed very long.

Be that as it may, the odds have definitely been positive for those who have heeded the advice of the man of God.

In an exclusive interview with respected online news platform, www.theoctopusnews.com, Primate Ayodele, explicitly spoke on the revelations of God to him about Tinubu’s presidential ambition.

He said; “I love Asiwaju Bola Ahmed Tinubu, he is a good man, a nice man, and one of the good leaders I respect as an elder statesman. But the fact is if Tinubu wants to kill Lagos, he should go for the presidency and start struggling for Lagos. He will lose the presidency and Lagos State.

“It is a warning, and I am saying this because I love him. If for any reason Tinubu gets there, say they make him president, Nigeria will collapse. Nigeria will be worst with Tinubu than Buhari, so Tinubu should not make an attempt to say that he wants to be president. He should just remain as a decision-maker and leader deciding who should go where.”

Though the spiritual political fate of Tinubu looks grim, there is no denying the fact that the worst destinies have changed for the better via the intervention of God.

Today, pastors preach the story of how the destiny of Jabez in the Bible was changed when he reached out to God. Could Tinubu also enjoy this fortune, is it possible that the political fortune of Tinubu could change with the right spiritual intervention?

In the past, Primate Ayodele had called on the President Buhari-led government to seek the face of God through his prophets, true prophets who will tell him what God has revealed to them. While the Buhari government has failed to heed the advice of the man of God, the country continues to be ravaged by different challenges including economic crisis and insecurity.

With 2023 just by the corner, it becomes important to ask if Tinubu would take the wise route of seeking spiritual intervention from true prophets or if he would join the list of those who have ignored the man of God at their peril.

My take is simple. For what it’s worth, Tinubu should seek the face of God from true prophets, one which I know being Primate Babatunde Elijah Ayodele. At least, by so doing he would have eliminated the “Had I Know” factor.

Lukmon Akintola is a journalist and the publisher of online news platform, www.theoctopusnews.com.