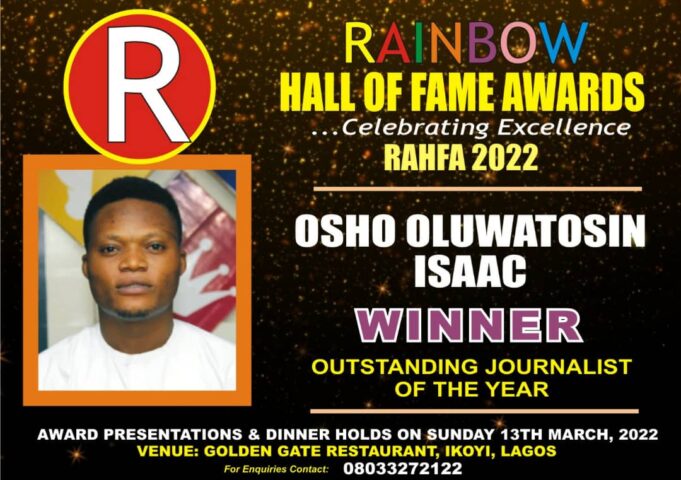 Mr. Osho Oluwatosin Isaac, a fast rising journalist and publisher of trixxng, was on Sunday 13th of March, 2022 presented with an award for outstanding journalist of the year, by a Non- Governmental Organisation, Rainbow hall of fame awards (RAHFA) held at Golden gate restaurant ikoyi, Lagos.

It was gathered that the award was in recognition of the publisher’s bravery and commitment to the journalism profession and in the same vein, encourage him and other journalists not to give up.

In response to the award received, he said it would spur him to work harder.

He has received several awards among which is the notable prestige excellence award as the Blogger Of The Year(2021).