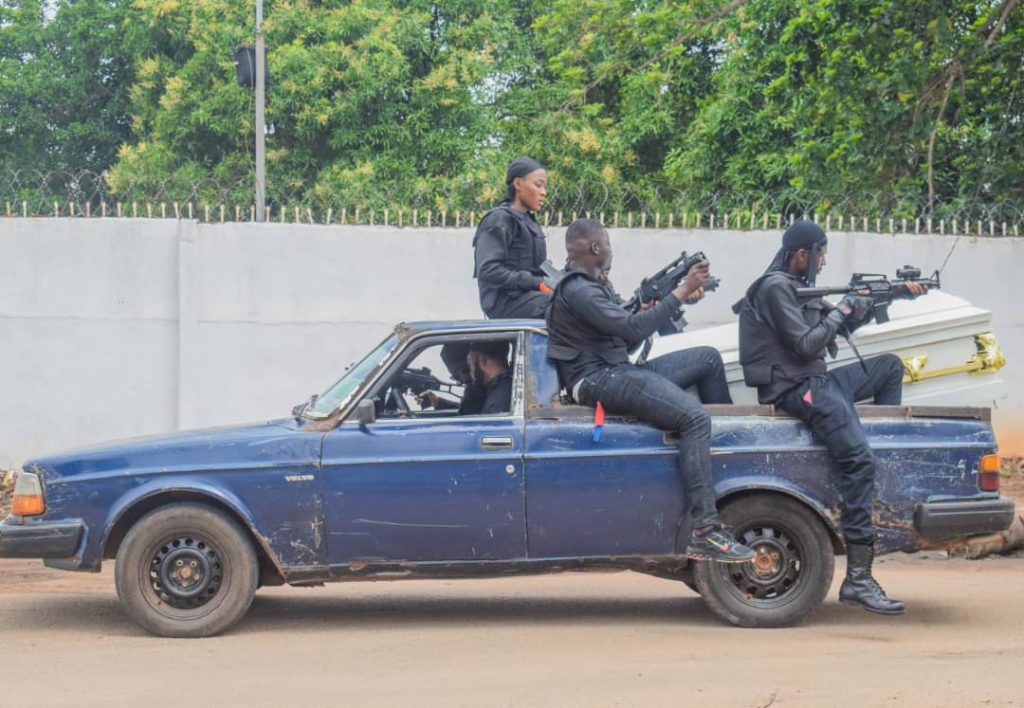 Known for his many blockbuster movies, Lancelot Oduwa Imasuen’s movie Gbege: ‘The First Son Saga’, is set for cinema release.

Gbege, a Nigerian movie is another blockbuster from arguably the most consistent filmmaker in Nigeria, Lancelot Imasuen; the prolific and award winning filmmaker whose epic movie Invasion 1897 has started a revolution of return of some of Benin Empire’s stolen Artefacts worth £2.5m, 125 years after they were looted by British troops during the invasion of Benin Kingdom told www.omonaijablog.com that; “Assembling such great cast for a single production is nothing short of Gbege… well the movie is titled Gbege’… Aka ‘Omodion Saga’.

A hardened criminal, serving life imprisonment insisted against all odds that he must be released to go and personally burial his late father as tradition demands, being the late man’s first son; so the ‘gbege’ (a puzzling circumstances) started.

With all now set, the blockbuster movie which has been in production since 2019 is now ready and will be going to the cinemas all across the nation at a yet to be announced date.