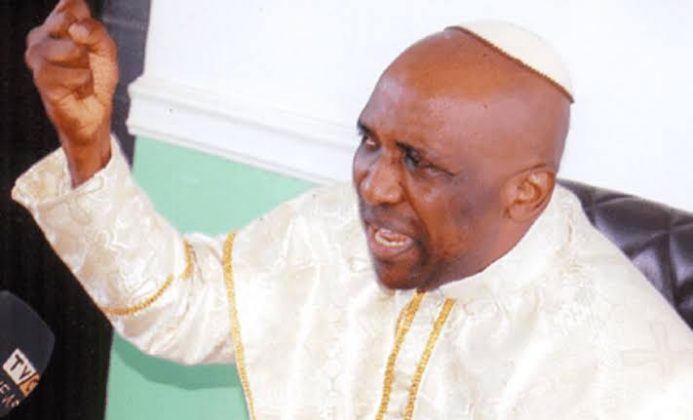 Primate Elijah Ayodele, The Leader Of INRI Evangelical Spiritual Church needs no introduction anymore as he has become a household name across the world due to his global prophecies.

He didn’t just lay the foundation with mere words, Primate Ayodele cemented this truth with results. Since his prophetic ministry began, He has been giving prophecies about all nations across the globe with them coming to pass as though he is from those countries.

Some of the major events that have taken place in the world were prophesied by him. The Covid-19 crisis, outcome of US election, Military invasion in some African countries, death of deadly terrorists in Nigeria, the crisis in South Sudan, the political war in Kenya, the invasion of Ukraine by Russia, and several others.

In addition to his profile to God’s glory, another prophecy concerning Japan has just been fulfilled exactly the same way he said it.

During the release of his 2022 prophecies on Wednesday, 22nd Of December, 2021, Primate Ayodele in a 90-paged document mentioned Japan and noted that the country will experience earthquake and natural disaster. This can be found on page 14 of the document.

Many didn’t pay attention to this because of disbelief but as it stands now, the prophecy has been fulfilled and unfortunately, lives of people were lost. According to news reports, four people have died while 94 were injured.

‘’ At least four people have been killed and 94 injured after a powerful earthquake hit northeastern Japan, shaking buildings some 275 kilometres (170 miles) away in Tokyo and leaving hundreds of thousands without power including in the capital.

The 7.4 magnitude earthquake struck off the coast of the Fukushima region at a depth of 60km just before midnight on Wednesday’’

May the soul of the dead rest in perfect peace.