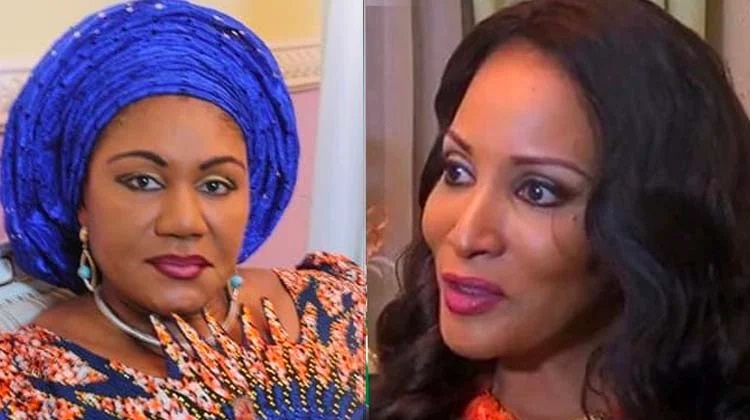 Contrary to the reports making the rounds on social media that Mrs. Obiano slapped Bianca Ojukwu at the swearing-in ceremony of Professor Chukwuma Soludo on Thursday, March 17th, 2022 as the new governor of the state, sources said:

“The fight between Obiano’s wife and Bianca started when Mrs. Obiano who came late to the swearing-in ceremony was going round to greet dignitaries.”

“On getting to where Mrs. Ojukwu was already seated, she inquired from her why she was attending the event even though she had vowed not to attend any event organised by the All Progressive Grand Alliance (APGA) in the state.”

“Mrs. Obiano said to Bianca so you are here, I thought you said you will never attend any APGA event again?”

Sources revealed that Bianca Ojukwu who was very angry at that point stood up, slapped her and dragged her wig off her head.