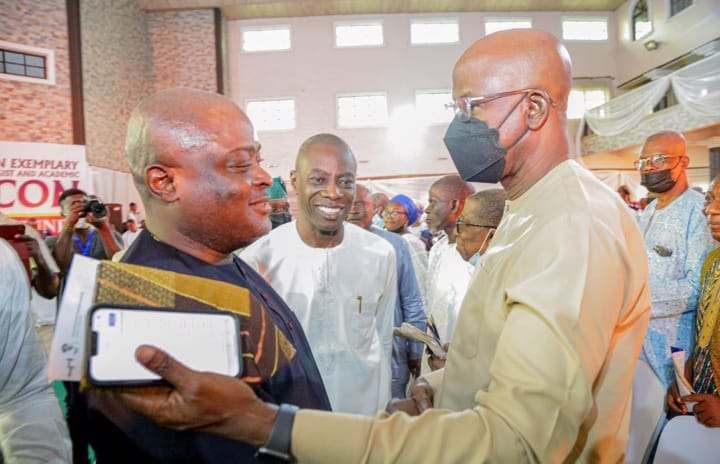 The final journey of late Professor Tunde Samuel, a chieftain of the All Progressives Congress (APC) and member of the Governor’s Advisory Council (GAC), from earth has commenced with service of songs held in his honour on Thursday.

The event had in attendance top members of the party including the Speaker of the Lagos State House of Assembly, Rt. Hon. (Dr.) Mudashiru Obasa, former Senator Musiliu Obanikoro, friends, associates, family members and a representative from the Federal University, Otuoke, Bayelsa, where the deceased once served.

Professor Samuel, an International Consultant for UNESCO and UNICEF, died on February 16, 2022 at 74 after a brief illness.

In a condolence message, Speaker Obasa had noted the deceased’s many contributions to the growth and development of Lagos, especially in relation to eduction.

The Speaker had described him as “an experienced educationist and excellent administrator who served Lagos State and the nation with so much passion and commitment” adding that his contributions to the success of the State are worthy of emulation.

The remains of Professor Samuel would be interred later on Friday after a lying-in-state.