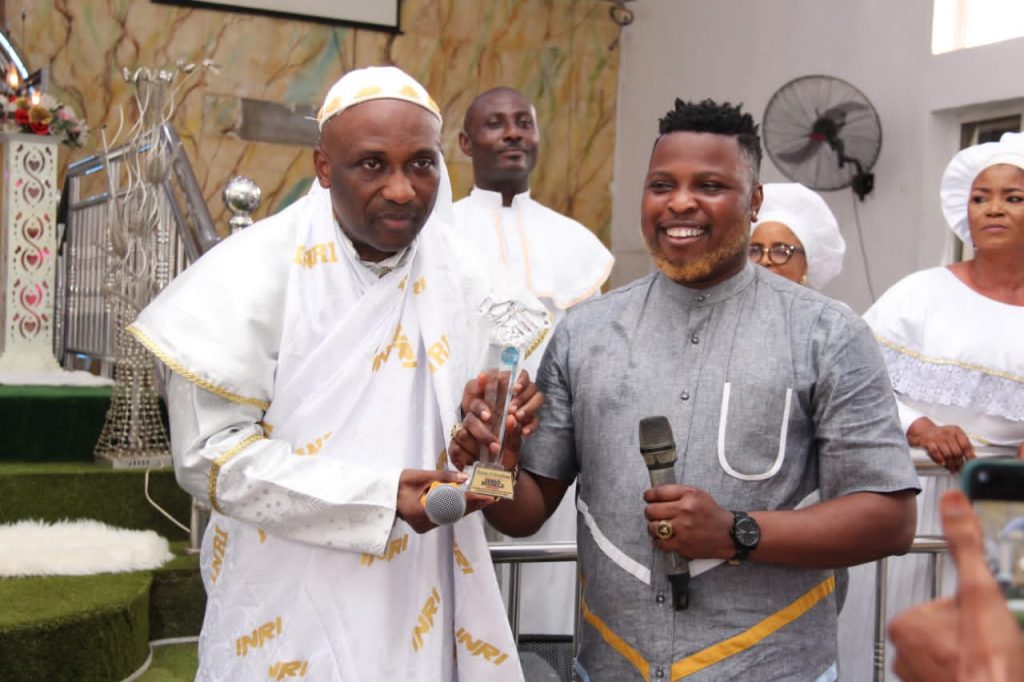 The award presentation which was to commend Primate Ayodele for his prophetic excellence took place at his church during a live service last Sunday.

While presenting the award, Esho Promotions revealed that he flew all the way from the United Kingdom just to present the award to Primate Ayodele.

He noted that he had always wanted to meet the global prophet because he has read a lot about his prophetic giant strides but for some reasons, he has been unable to meet him until now.

While receiving the award, Primate Ayodele appreciated Esho promotions for honoring God in his life, making it known that he feels encouraged by the award, while promising to do more.

It is worthy of note that Primate Ayodele has received over 1,210 awards so far since he started his prophetic ministry.

At an event sometime ago, Primate Ayodele was asked if he solicits for the awards due to how frequents he gets them. In his response, the man of God stated that he has never for once solicited for an award, revealing that it’s been God announcing his ministry globally