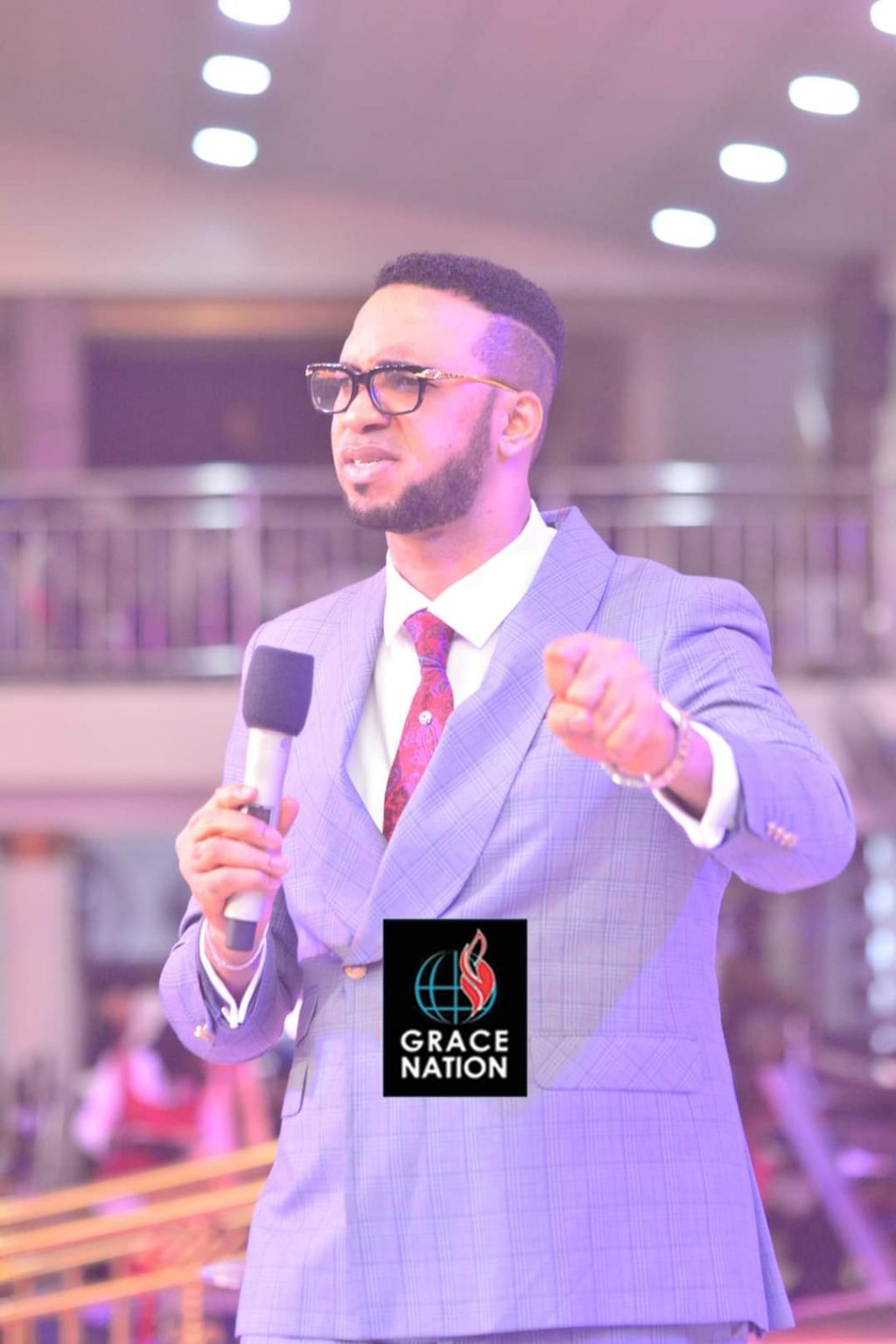 The 7 Unusual Sundays service of Grace Nation International church aka Liberation city took another Dimension today 1st May 2022 as the Set Man of God Dr Chris Okafor turned King maker, ordained a Faithful Politician Aspiring for a seat at a middle belt state House of Assembly, Nigeria
The politician who received the prophecy through his sister who based in lagos attended the service to confirm the prophecy given to him, few days ago. He was prayed for by the Servant of God who directed him to go and submit his form and come back next year to testifies. Also a faithful who will not want her name mention testifies that Dr Chris okafor is a king maker because he gave same prophecy to her husband in 2015 and her husband won in that 2015 election.

Earlier in his sermon with Topic The Secret of Overflowing Abundance, The Generational Prophet of God Dr Chris Okafor said to experience overflowing abundance you must have real undiluted Passion for God, in other word our possession in life is tied to our passion for God emphasising that God is in a hurry to bless people but mens are scares

The Oracle of God explained further that some of the ways to secret of overflowing abundances includes, quality convenant Practice, saying you cannot receives if you dont give.. Another ways is through divine intelligence and divine wisdom because for you to enter into supernatural wealth there must be wisdom and wisdom is a deliberate acquire of knowledge.

The sunday Glorious service also witness a special prayer session for the country as we begins a New Month (May). the Man of God declared that the month of may is a month of overflowing Abundance for people who serve God in Truth and in spirit, The Oracle of God as he is fondly called by Faithful also pray for the peaceful transition of Government to another government in 2023

The realms of the Prophetic witness witness Healing, Prophecy and deliverance all rounder, which signal the begining of all kind of deliverance, (i.e) block menstral circle flows, 12 year blocked ear received deliverance, miracle babies everywhere, Meanwhile God uses his servant to wipe off tears from the face of a fellow Pastor, who lost all his Possessions including his church, house and members, the Generational Prophet of God Dr Chris Okafor blesses the servant of God .