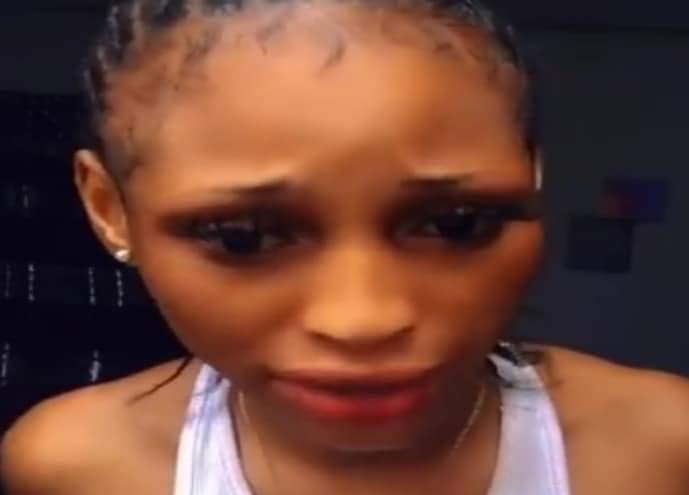 The young lady in the viral video having sex with a dog in the Lekki area of Lagos has reportedly died.

According to a report by Daily Independent, the lady simply identified as Mirabel, died on Monday at a private hospital in Yaba.

A confidential medical statement at the hospital is said to have revealed that Mirabel died of canine brucellosis.

An eyewitness said that the lady had been on admission since Sunday last week after she collapsed and went into a coma.

The report said the deceased lady had to confess to the doctor when the test result showed that she was suffering from what looks like canine brucellosis, which can only be contracted from a dog.

According to the medic, canine brucellosis is a contagious bacterial infection caused by the bacterium, Brucella Canis (B. canis).

She said bacterial infection is highly contagious among dogs. Infected dogs usually develop an infection of the reproductive system or a sexually transmitted disease.

“The lady had other underlying infections which were worsened by the presence of B. canis.

“She told my boss that she had been having sex with dogs for more than three years now.”

The doctor in charge of the hospital said: “This should be a private matter. How did you get to hear that? Of course, we lost a patient today (Monday) at our hospital and that is all I can say for now. You can go back to whoever gave you the information and get details. I am busy now; thank you,” he was quoted to have said.