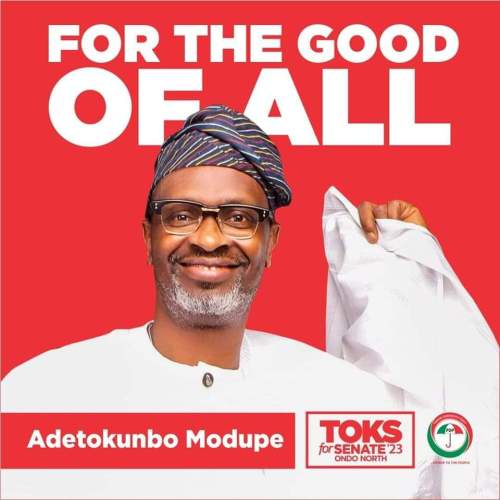 Modupe who contested but lost in the primaries for the same position four years ago, was the Ondo State campaign director of the Goodluck Jonathan presidential campaign for the 2015 election.

Modupe sits atop TPT International, one of the leading PR agencies in Nigeria.