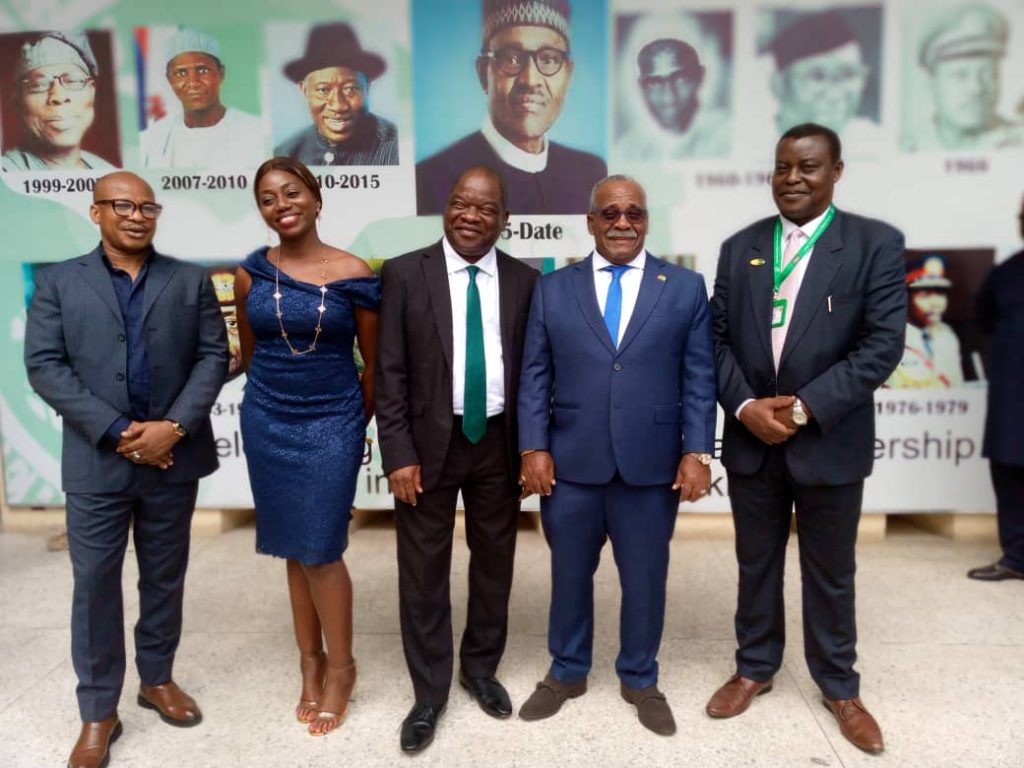 The Trinidad and Tobago High Commissioner to the Republic of Nigeria and Ghana, His excellency Wendell Vincent Carlton De Landro. has unveiled the reality, business opportunities and the tourist attractions of his country to Nigerians.

The High Commissioner while speaking as guest at the Lagos National Institute of International Affairs Ambassadorial Forum mentioned the need for both countries to work together.

According to him, Nigeria and his home country enjoy similarities in culture, particularly the Yoruba’s, adding that in Trinidad and Tobago there is Christianity, Islam and the traditional ‘Orisa’ religion common among the Yorubas from the south-west of Nigeria.

He called on Nigeria Nollywood operators to access the business opportunities available by interchanging contents and location for film set and shooting more because, according to him, the major television stations in T&T are very ready to collect or exchange contents if the deals are agreed on for the English speaking of Trinidad and Tobago who’s forefathers are believed to have come from the western part of Africa.

H.E. Wendell Vincent Carlton De Landro. Trinidad and Tobago High Commissioner to Nigeria. added that T&T had stopped gas flaring for over 30years when the same have since been converted to electricity which he said has become a big issue in Nigeria and advised the federal government to look inward submitting that it is dangerous to flare gas considering the health of the citizen .

Highlighting the opportunities in the Country which he said are enormous in economy,politics,culture and entertainment,the High Commissioner registered the need for Nigerians as individuals to take advantage of these opportunities for the mutual benefits of both countries, even as he thanked Olurotimi Vaughan-Churchill Convener Nigeria-Trinidad and Tobago Trade and Commerce, Cultural Tourism and Creative Industries Relations Initiative (NTCRI), for putting the event together and in his words, for letting Nigeria see another land like theirs.

Welcoming the High Commissioner to the institute, the Director General Professor Eghosa Osaghae who introduced him to the institute read some of the history of T&T with Nigeria to cement the commonness between the countries which have made their relationship over the years progressive and thick.

While giving insight into the country Osaghe described Trinidad and Tobago as an island country of the southeastern West Indies. With a small population. These two main islands, forming the two southernmost links in the Caribbean chain, Trinidad and Tobago lie close to the continent of South America, northeast of Venezuela and northwest of Guyana. Trinidad, by far the larger of the two main islands, has an area of about 1,850 square miles 4,800 square km. It is 7 miles 11 km from the Venezuelan coast at its nearest point and is separated from it by the Gulf of Paria. Tobago, much smaller, with an area of about 115 square miles 300 square km, lies 20 miles 30 km to the northeast of Trinidad.

Also called Bird of Paradise Island, Little Tobago was once noted as the only wild habitat of the greater bird of paradise outside of New Guinea; however, the bird is no longer found there.

Trinidad and Tobago was estimated at 1.4 million people in 2020, according to the latest census figures and projections from Trading Economics