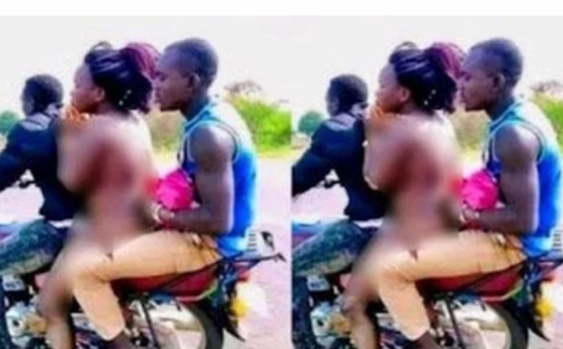 Marriage is a long-term commitment that necessitates faithfulness, loyalty, respect, and overall trust.

A husband was taken aback when he discovered his wife and another man having sex
.

”It’s difficult to consider that some people still work miracles out here. Couples proceeds to cheat on their partners on daily basis, and when they are caught, their private lives go public.

The man came at Shamakhokho lodging in a well-coordinated act, where he found her spouse in the act with a man who fled when he noticed him.

According to a Facebook user named Simon Aswani, the man decided to take a motorcycle with his n@ked spouse to her parents.

The man met his wife at Shamakhokho guest house.

Isn’t it better than stabbing anyone with a knife to put him on a motorbike and ride straight to their parents due to infidelity?’

Cheating WifeCheating Wife
Simon Aswani posted a commentary photo which shows that the man put his wife on motorcycle.

The photo goes viral on social media with massive reactions.If you know that you can’t close your leg then it is better to remain single, don’t marry either.