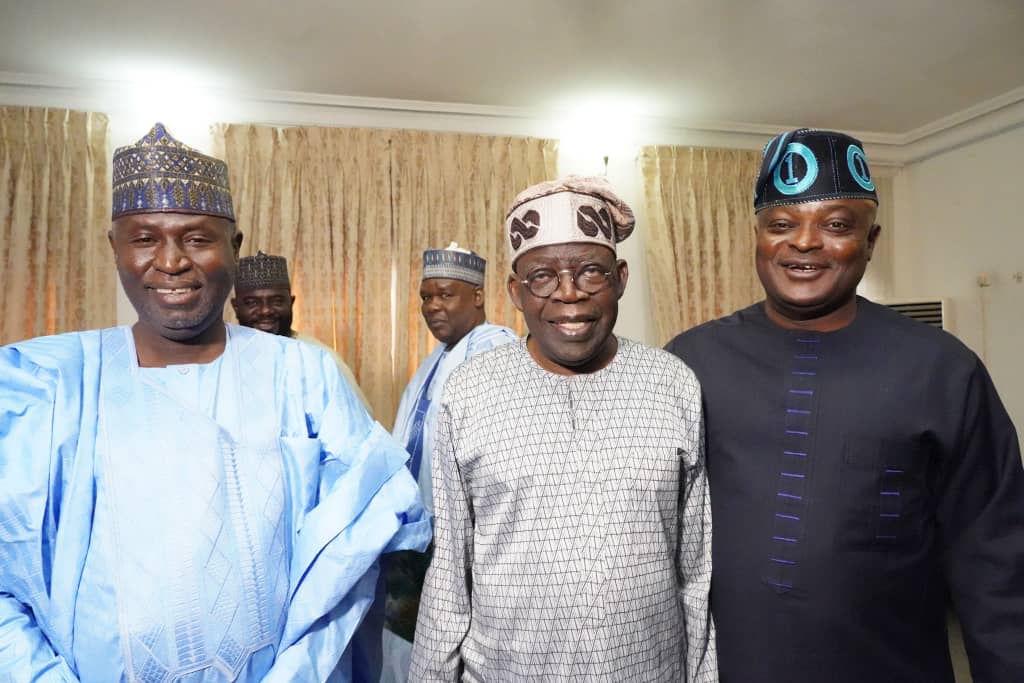 The presidential candidate of the ruling All Progressives Congress (APC), Asiwaju Bola Ahmed Tinubu, on Saturday met with Speakers of states of the federation governed by the party and promised them active roles in his campaigns ahead of 2023 general elections.

Speakers at the meeting which held in Abuja include Rt. Hon. Mudashiru Obasa of Lagos, Olakunke Oluomo of Ogun, Idris Garba of Jigawa, Kennedy Ibeh of Imo, Eteng Williams of Cross River, Funminiyi Afuye of Ekiti, and Oleyelogun Bamidele of Ondo.

Tinubu commended the Speakers for the earlier roles they played ahead of his emergence as the presidential flag bearer of the party.

He also used the opportunity to explain why he chose Kashim Shettima, a former governor of Borno State, to be his running mate.

The APC Speakers had visited Tinubu to congratulate him on his victory at the party’s reecent special convention where he was elected candidate. They also pledged to support him ahead of the general elections.

While appreciating the Speakers, Tinubu, who noted the tasks ahead of 2023, assured them of roles to play in the campaign.

According to him, Shettima was finally chosen as his running mate after wide consultations and some considerations. He described Shettima as a patriotic and passionate man with the capacity to serve.

Tinubu explained that since the APC chairman, Abubakar Adamu, is from the North Central, it was just right to look at another zone, especially the North East, for his running mate.

He praised the President, Muhammadu Buhari, for his magnanimity and understanding on the issue of the selection of Shettima as a running mate just as he appealed to Nigerians to see beyond religion in their quest to strengthen democracy and make Nigeria successful.

“I am a Muslim married to a Christian, a pastor,” he said noting his flexibility to spiritual ideologies.