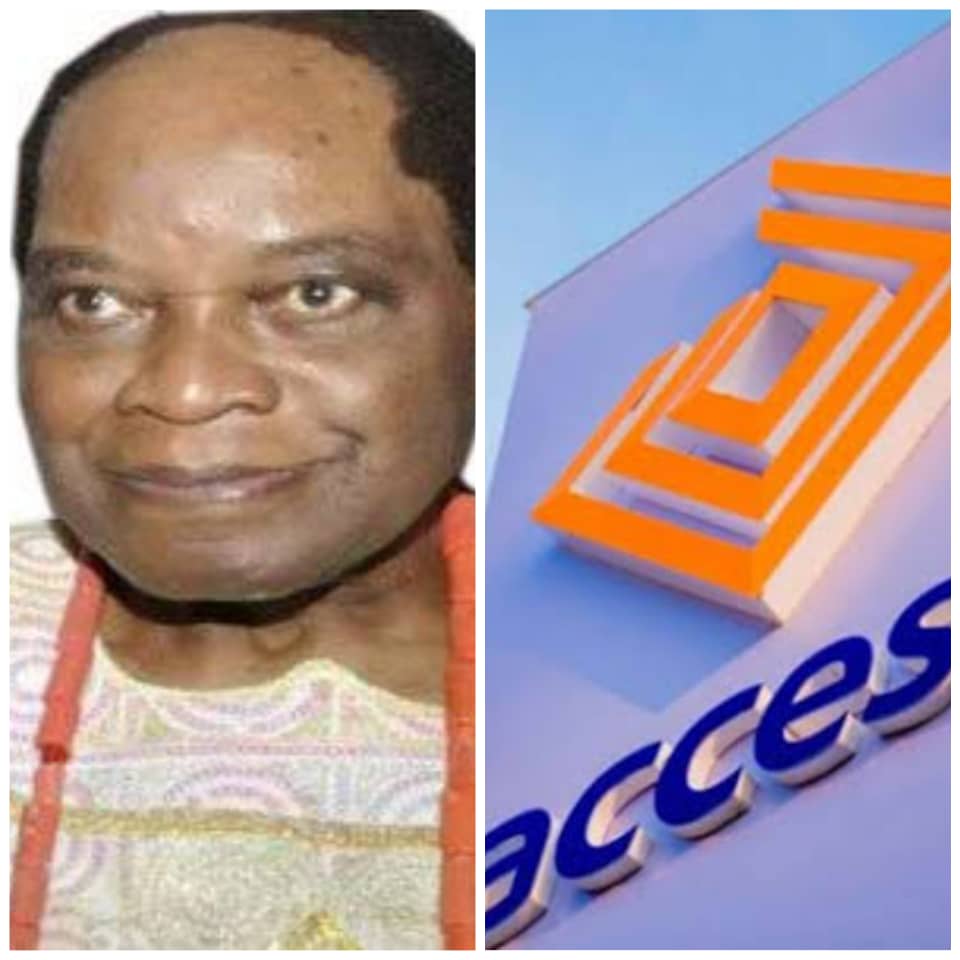 Osiagor upheld the bank’s claim after dismissing the preliminary objection filed by the estate of the late Chief Sonny Odogwu challenging the claim of the bank adding that a consent judgement had earlier been entered in which parties to the debt agreed on the payment of N12 billion as full and final payment.

The defendants in the preliminary objection added that having taking benefit of the consent judgement, the plaintiff can’t turn around and ask the court to set aside same.

However, Access Bank it it’s claim before the court said the said judgement was floored in that it was delivered by a court that lacked jurisdiction to entertain it at the time it was entered as consent judgement.

The bank through it’s counsel, Kemi Balogun, SAN said the matter having been placed at the bossom of the Court of Appeal , the lower court which entered the consent judgement as the judgement of the court is Functus Officio ( lacked jurisdiction) and that the only court that has the power to adjudicate on such matter at that level is the appellate court.

The judge then affirmed the earlier judgement of justice Saliu Saidu which ordered the defendants to pay it’s outstanding indebtedness of N26 billion.

The court also award a cost of N200,000 against the defendants’.

It would be recalled that Access Bank Plc and the late Ide Ahaba of Asaba, Chief Sonny Odogwu, entered into a N26 billion loan agreement when he was alive. The late businessman wanted to use the facility to build luxury apartments to be known as Le Meridien Grand Towers in highbrow Ikoyi, Lagos.

In line with global best practices, the bank demanded for collateral security.

Thus Odogwu mortgaged prime properties in Lagos, Abuja, Dubai, and Los Angeles to Access Bank in return for the facility. After the death of the businessman, the mortgaged properties eventually become a subject of litigation

Trouble started when the estate of the late Chief Odogwu, reacted angrily to a move by Access Bank to take over the uncompleted property due to the non performance of the loan.

The defendants’ went to town with a statement that the property was not part of the consent agreement reached by both parties, and registered as a judgment of Federal High Court, Lagos. The release signed by the estate lawyer, Chief Anthony Idigbe SAN was published by various media platforms on Tuesday.

Reacting to the statement, Access Bank said that the Ikoyi property was not the only one that fell within the purview of the November 3, 2015 Federal High Court judgment that ordered the bank to take over the properties used it as collateral in lieu of the N26 billion loan facility.

The crux of the matter was that former Diamond Bank PlC granted facilities to the Judgment Debtors for the construction of a property to be known as Le Meridien Grand Towers located and lying at 31-35 Ikoyi Crescent, Lagos and registered as No. 17 at page 17 in volume 100 at the Federal Lands Registry, Ikoyi, Lagos. The property is mortgaged to the bank as collateral for the facilities.

However, litigation that ensued over the inability of company, Robert Dyson & Diket Limited to liquidate the facility, Access Bank secured a Judgment in the sum of N26,229,943,035.22 consequent upon a Federal High Court judgment in Suit No. FHC/L/CS/1633/2014 delivered on 3rd November 2015 against Robert Dyson & Diket Limited & 2 Ors (the Judgment Debtors) in relation to the Project Finance for development of a seven-star hotel and residences (“the Project”).

The Judgment Debtors also filed a Counter-Claim against the Access Bank in the State High Court: SUIT NO: LD/1666CMW/2016