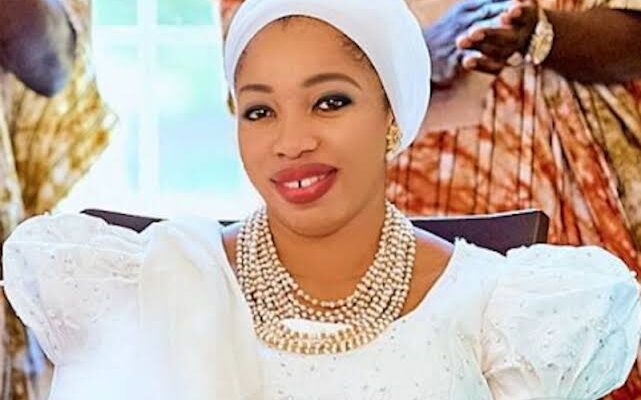 Giraffeglobal gathered that Wuraola Zaynab Otiti, the ex-wife of Ooni of Ife His Imperial Majesty Ooni Adeyeye Enita Ogunwusi, has welcomed a baby girl with her new lover.

Several years ago when she publicly announced her decision to leave her union with the highly revered Ife Monarch and move on, many thought her decision was hastily taken. With her mind already made up, she left the palace amidst controversial circumstances.

Palace workers and people around the monarch will continue to remember her outlook and finicky nature, her soft-spoken nature, and her graceful gait

And after five years of leaving the union, sources said the Edo-born philanthropist moved back to Doha, Qatar from where she was shuttled between Lebanon and the United Arab Emirate.
We learned more that while in Qatar, she gave love a chance to reign again by marring an Arab billionaire prince.

A source claimed she is doing well as she runs some of the biggest stores in Qatar. After several prayers to her creator, a few weeks ago, she gave birth to a bouncing baby girl to her Arab husband.