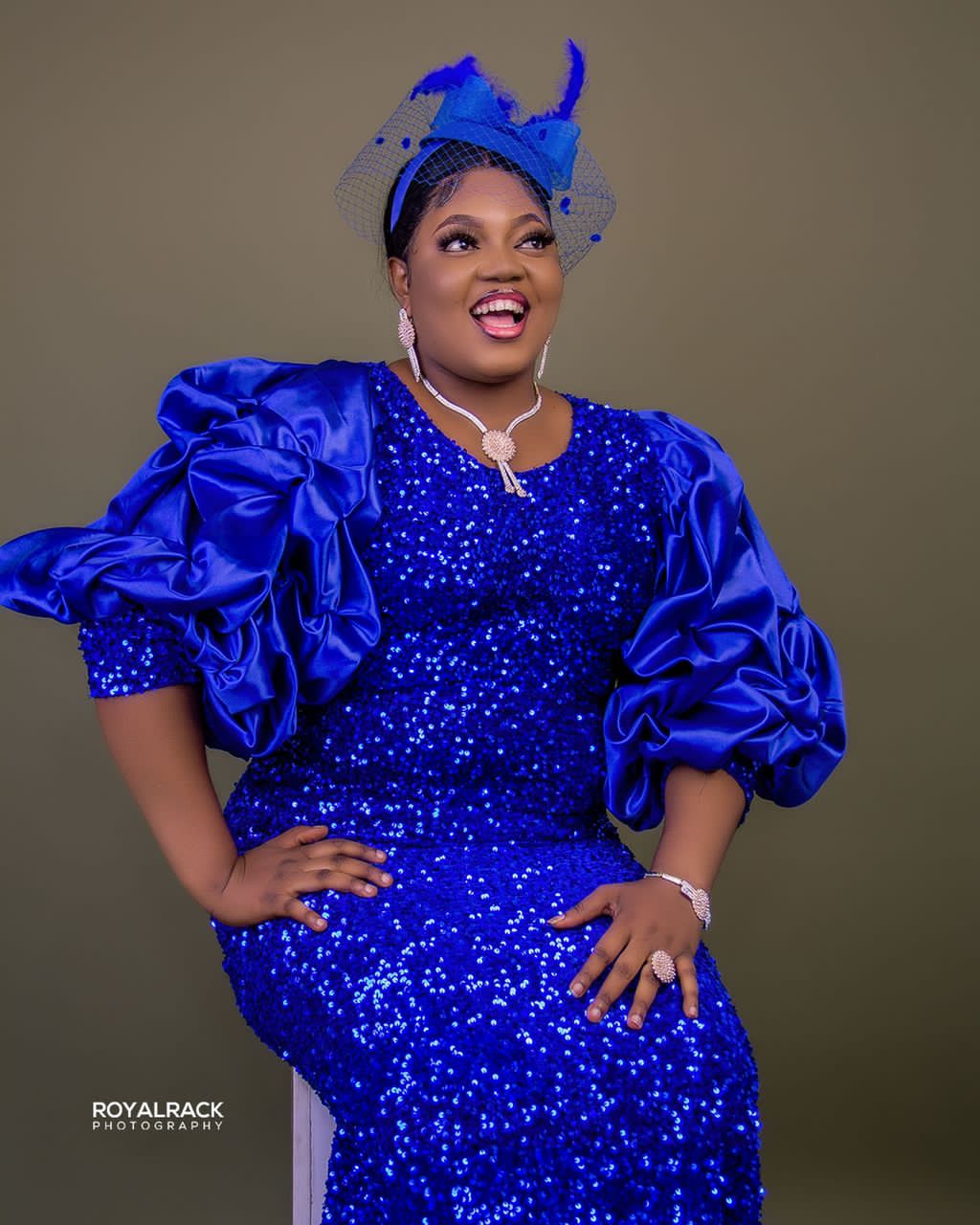 There can never be a doubting of the fact that this sonorous gospel singer, Kuku Adejuwon Elizabeth aka Asha Jesu, a woman of substance is very attractively beautiful, stunning, glamorous and sultry is gifted and bold.

She’s not just created by the Almighty God, she’s also endowed with brilliance and there are certain collections in her brains that are rare in many women of her ilk.

Not yet done, God has endowed this singing- bird with love and passion for humanity.

Speaking more on her musical career, she told giraffeglobal that, it was her father that encouraged her musical background from the childhood. “If not for my father, I wouldn’t have been a musician, my mother was very skeptical about me being a musician, following the negative stories that are portraying them, she will rather wanted me be an engineer, but my father assured her that I will be modest, with my singing ambition, which has came to past, though my father has died but my mother is enjoying every bits of the success music is giving me today.

She is talented with similar voice of singing- sensation, Saint Janet, Kuku revealed that, Janet once waged war against her for discovering she was her sing-alike.
” Truly, I have heard that my voice sounds like her when I’m performing, but I never listen to her songs to compose myself, it was the voice I was born with. There’s a saying that God created human in twin” she opined.

She said further that she and Saint Janet were invited to perform at the same event, but the financial agreement was not favourable to her, and she decided not to come perform at the show, while I went with my band.

She however hinted that during her performance, some of her fans who came was shocked to see her performing, because they thought it was Saint Janet performing, they went to her to tell her that I was using her name to collect shows, she came with some people with intention to destroy my show and fight me, but, the issue was settled and she left angrily.

“Later, the matter was settled amicably and we have become friends, as I call her big sister anywhere I see her”

Asha Jesu as she’s fondly called has done six singles and one album, and working on her new work, which will be released soon.

Asha Jesu, a member of Celestial Church Of Christ (CCC), gospel artistes is happily married and blessed with kids.

Her hobbies include singing, and dancing.