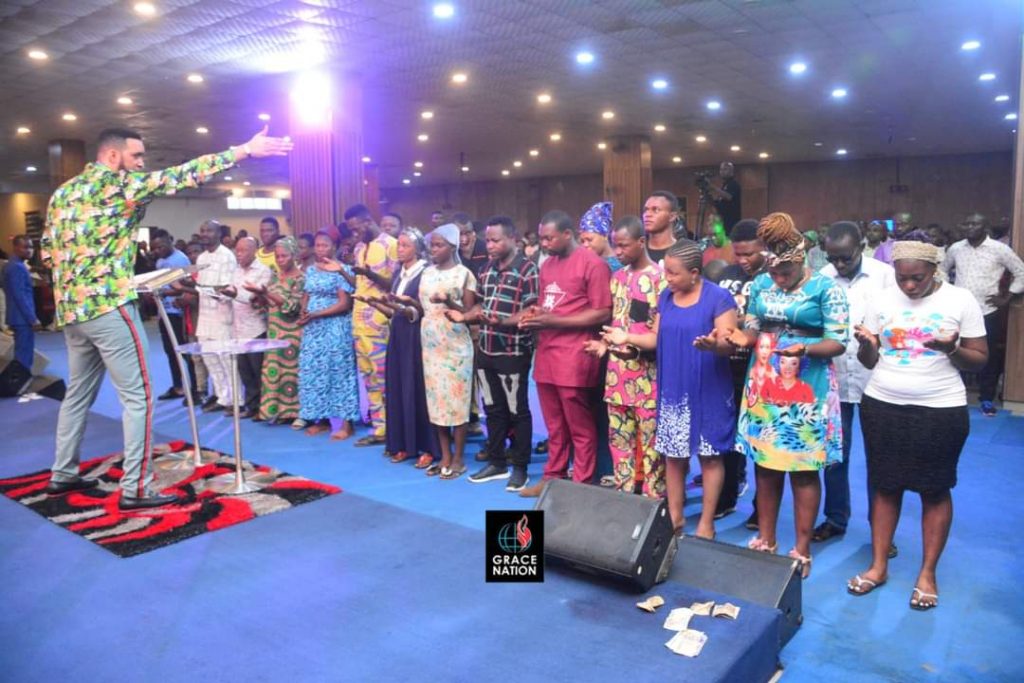 Two major things that keep people in bondage where the power of God is available and sufficient to settle barrier’s are Ignorance and Indiscipline.

Speaking at the midweek Prophecy,Healing and Deliverance (PHD) service of Grace Nation international, aka Liberation City at the international Headquarters of the church in Ojodu Berger Lagos Nigeria, The Lead Pastor, Popularly known as The Generational Prophet of God Dr Chris Okafor emphasised that, despite you are very prayerful and you don’t respect the instructions of God through his genuine servants, your effort and Prayers are baseless and Useless.

The Oracle of God Dr Chris Okafor also remarks that the greatest attack enemies can give a man is a broken focus, if you are not focus you can never break out from negative pattern, until you acquire acknowledge on the way out before you are free from it.

The man of God stated further that to break out from the negatives pattern in your lineage you must be discipline, Diligent and be obedient to God instructions, if you don’t have have knowledge of what you are battling with,there is no way you can come out of it.

The realms of the prophetic witness creative miracles, Healings and Deliverance, evil altars were destroyed while many lawful captive set free, Miracle babies were given to expectant mother’s as God uses his servant Dr Chris Okafor to correct a young man of Heart Enlargement

In his remarked at the program on the 2023 Presidential Election Dr Chris Okafor remind faithful to be obedient to God instructions by collecting there PVC ready as 2023 general election draw closer, He said your vote is your future,the clergy concluded