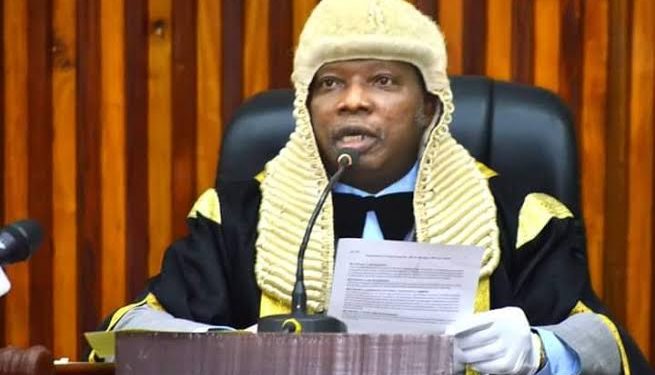 ABEOKUTA – Speaker of the Ogun State House of Assembly, Rt. Hon. Olakunle Oluomo, has been arrested by the anti-graft agency, the Economic Financial Crimes Commission (EFCC), over allegations of offences bordering on financial crimes.

Oluomo was picked up this morning at the Murtala Mohammed Airport, Ikeja, Lagos, by operatives following a tip off.

At press time, he was undergoing further grilling in the custody of the agency.

A source at the EFCC said he had been invited several times but failed to honour the invitation.

When contacted for reaction, his Special Assistant on Media, Abdulgafar Adeleye refused to pick his calls as at press time.