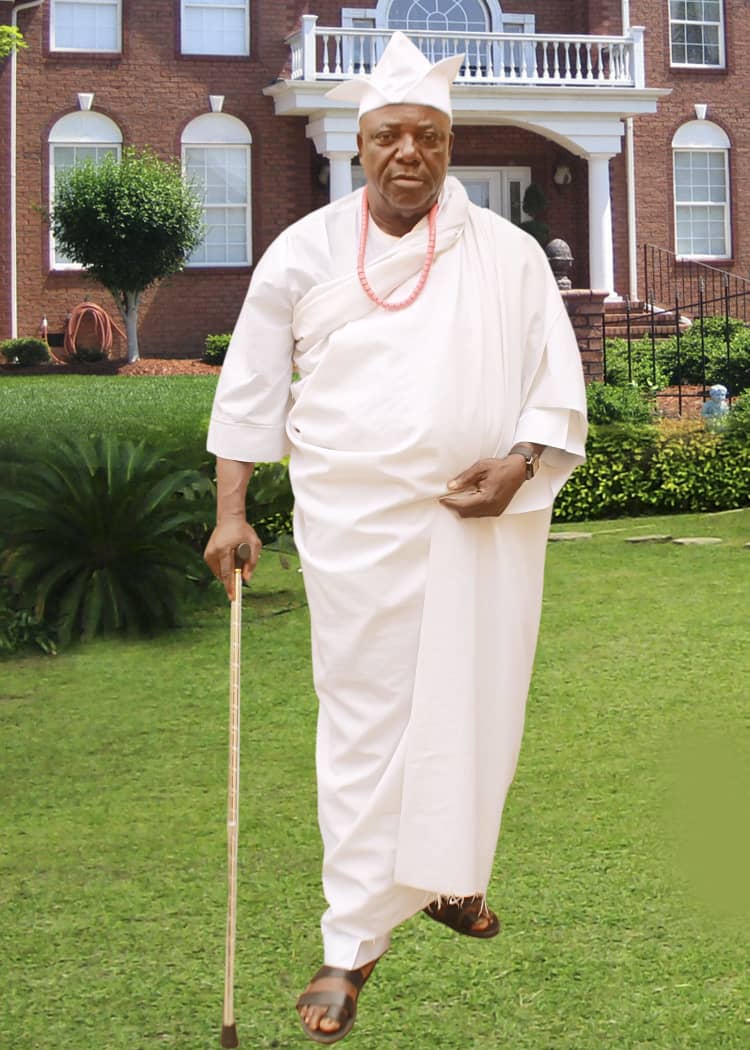 As the campaign for 2023 elections draws nearer, a 75-year-old fan of Asiwaju Bola Ahmed Tinubu, APC flagbearer, Chief Emmanuel Adewole Oshobanjo aka ‘Baba Ologbojo’ has hit the studio to produce a jingle for his campaign, titled ‘Mof’olorunbura’, 2023 Tinubu for president.

Ologbojo said he specifically produced the jingle for Asiwaju Tinubu because of the passion he has for him and Nigerian democracy.
” I got the inspiration to do the jingle after I watched the APC primary, and seeing Tinubu emerging the winner and becoming the flag bearer of APC.l have been following Tinubu since the time of NADECO and I love his doggedness, and the way he turned Lagos state around with his achievements”

Oshobanjo hinted that he produced the jingle audio and demonstrate the three tribes in Nigeria in the video and has sent it to Tinubu Idowu Tailor’s office with the letter and also to the APC’s secretariat at Ogba, with a letter addressed to the APC, Lagos chairman.

However, we learned that Ologbojo has started promoting the video on youtube.

He added that the jingle will promote the political aims and objectives of the Jagaban of Africa and changes the minds of the opposition to vote for him.

Chief Emmanuel Adewole Oshobanjo relocated to Lagos in 1966 and spent most of his youthful years on Lagos Island.

”The day I will meet Tinubu will be the happiest moment in my life”, he concluded.