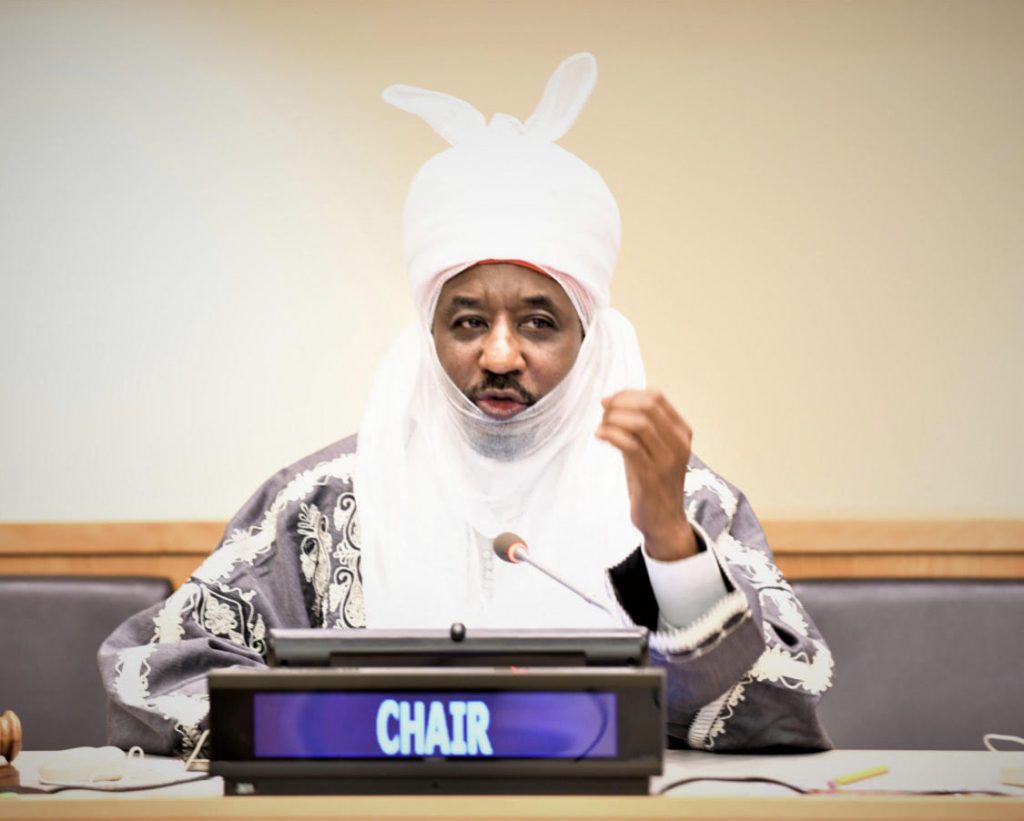 Former Central Bank of Nigeria (CBN) Governor and the 14th Emir of Kano, who is also an advocate of the United Nations Sustainable Development Goals (SDGs), Muhammad Sanusi II, has advocated for deliberate policy change that would cater for marginalized groups in government institutions and the society in general.

This is even as he has also charged Nigerians to insist to know from politicians that apart from talking about spendings on agriculture, infrastructure, what their attitude towards gender representation in government at policy level is as well as what their attitude is towards bringing in marginalized groups, stressing “These things have to be part of the debate.”

Stressing the importance of policy makers deliberately thinking about inclusion, he said: “Sometimes we don’t get it because we don’t realize the implications of policy on specific individuals.”

According to Muhammad Sanusi II, while speaking on the importance of deliberate policy of inclusivity, “I will give an example. When I was governor of Central Bank, I told the director of Human Resources that we need to go out and employ disabled people. And I insisted that we must go out and look for someone who is visually impaired, and who can work there and there must be a role in the Central Bank for that person.

“So we went and recruited one or two. And then the Director of Human Resources came to my office after recruitment, and she was all in tears crying. And I said, why are you crying and she said, ‘Governor, my father was blind.’ I had no idea her father was blind. And for her, just to have the governor of Central Bank saying he wants to bring in blind people was really a personal, emotional one.

“And so you can imagine what the person in the north feels if somebody who was just a daughter… so I think the more we really begin to think of the impact we make on the lives of these human beings then there has to be a policy that is deliberate.

“We are often insensitive to people and somehow we just think what works for us works for everyone. When I became governor Central Bank, the branches all had these security doors, when you go in and they closed and walk in, we all know that they do not accommodate wheelchairs.

“We actually had to issue a regulation, requiring every bank in every city to have at least one branch that was wheelchair friendly. Because you’re excluding everybody on a wheelchair because you can’t go to the bank without thinking of the security door that your wheelchair cannot go through, that was financial exclusion.

“So the point we are making is that beyond what we do, we have to engage at the level of policy, it is really our politicians. These things have to be part of the debate, where people come in and apart from talking about all these spendings on agriculture, infrastructure, what is your attitude towards gender representation in government at policy level? What is your attitude towards bringing in marginalized groups?”

Muhammad Sanusi II, recalled how his proposed law while on the throne, which will restrict poor men in the emirate from marrying many wives, suffered a set back because all 40 members of the state legislature, were men who never suffered domestic violence nor divorced.

He said: “I tried to pass a law in Kano, a kind of a family law. We have 40 members of the legislature, all of them are men. None of them has been beaten by their spouses before. None of them has been divorced. None of them understands what women feel when they are victims of injustice. But if we had just 10 Women in that house, that law would have passed because each of them would speak about her experience with his or her sister or her mother and bring to bear to the men, the condition that women suffer in an oppressive patriarchal system.

“So we’ve got to engage with the system itself, with the decision making process itself, with the policy makers themselves and how that change for us to get the kind of progress I’ve been talking about”, he said.