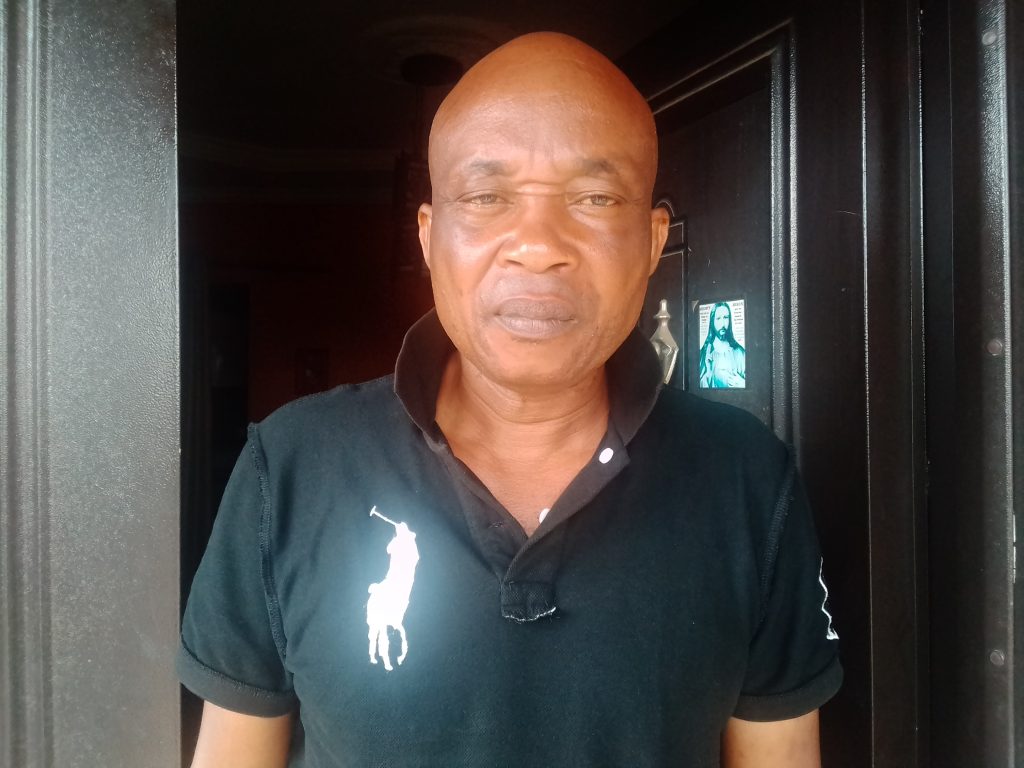 It was a black Tuesday at Promisedland CDA, Agbado, Ifo LG, Ogun State, when a 3- men gang armed robbers stormed the community on Tuesday, 20th September, 2022, to rob their victims and carted away phones, cash, ATM’s, shoes, clothes,and other valuable items.

The chairman of the community, Mr. Nkemdirim Ugorji, who was also a victim of the robbery attack recounts his experience:

He said, his dog was barking forcefully around 2.00am on Tuesday, 20th September, 2022, to alert him of danger, he woke up and pointed his torchlight on the front view of his window but couldn’t see anything, but later heard noise from his daughter’s room, when he got there, he saw three men standing outside, trying to pull down his burglary, he pointed his touch at them and asked, ” who are you?” and they replied him, “we are thieves and we are here to rob you”.

” They forced my burglary opened, beat me with cutlass, collected my two phones, my wife and my daughter’s phones, collected #70,000 cash, took my atm,my wife and my daughter’s atms, went away with my clothes, shoes, and my wife’s jewelry. Thereafter, I mobilized residents to apprehend them but they escaped, later other six victims shared their experiences on how they were robbed and what they lost.” Ugorji revealed.

However, Ugorji said the robbery incident has been reported at Ayinla police station, Agbado, Ogun State.