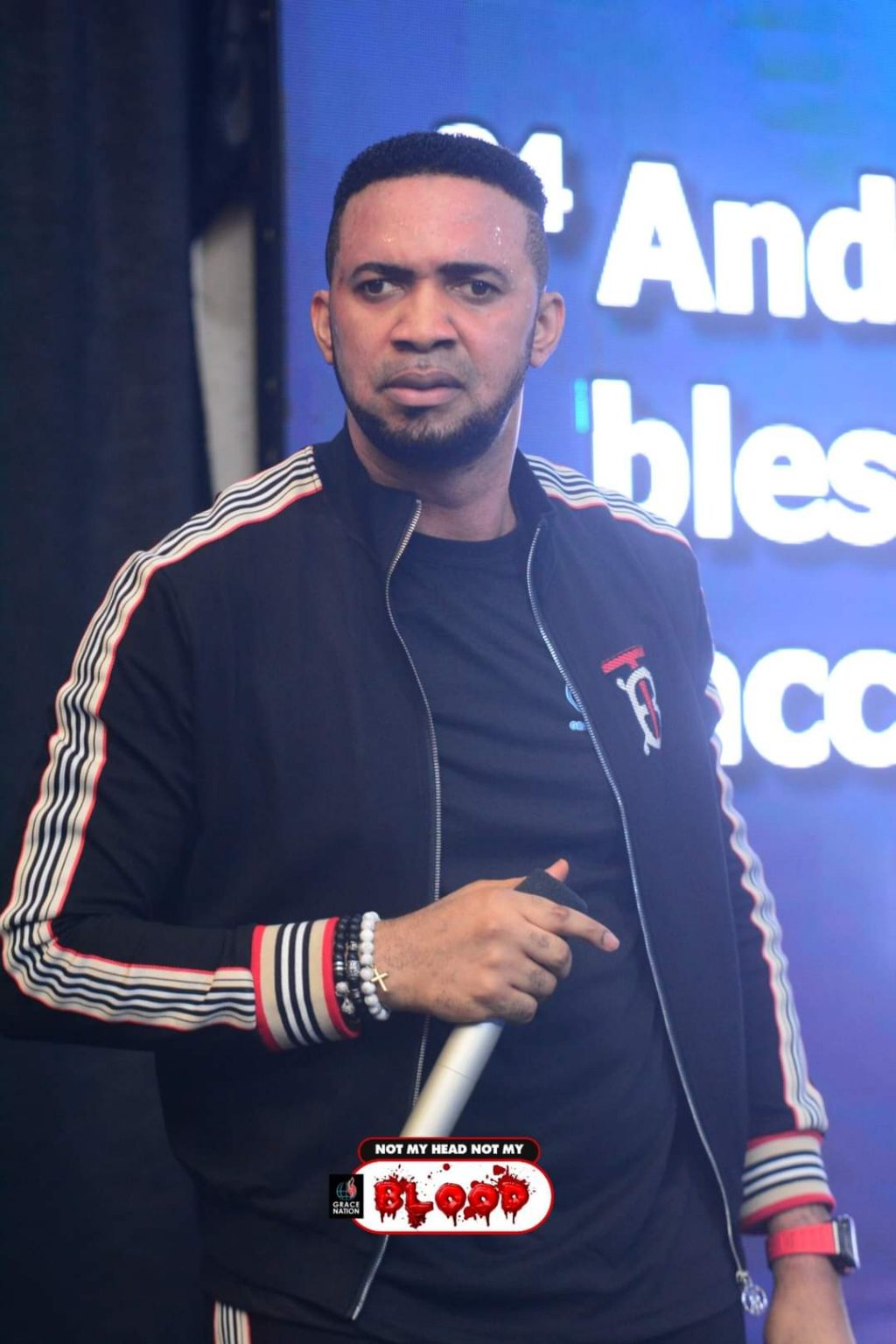 You don’t just get blessings, you enjoy blessings because you do the rightful things
If you are a Christian and you did not understand the place of an altars, you will definately suffer,Every altars is powerless until a blood speaks on it

This and more biblical phrases were used by the Lead Pastor of Grace Nation International aka Liberation City Dr Chris Okafor at the third Day of the ongoing prophetic conference Not My Head, Not my blood at the international Headquarters of the church in Ojodu Berger Lagos Nigeria to described the workings of elohim, if you must break out of Generational Curses and household wickedness.

Speaking on the Topic “How to breakout of Generational curses” with a sub-heading “Household wickedness”, the Generational Prophet of God, Dr Chris Okafor explained that for you to break out from a generational curses you must outrightly understand the root cause of the problem, when you understand the channel the curse came into your life then you know the kind of solutions to be applied. Because solutions are not the same.

The Oracle of God as some faithfuls fondly called him said Prayers is one of the many channels to be used to break out of curses, Listening to instruction from your spiritual fathers is another channel, while the man of God said the fastest of them all is to understand how to deployed blood for blood, altars for altars, Dr Okafor said if altars are not important God will not talked about it, therefore you will deployed altars for altars because if you did not stop evil altars, evil altars will stop you.

Speaking on the forthcoming world Cup and the chances of African Teams, the Generational prophet of God said we are Africans, we must give African team our support I see African team doing well in Qatar, African team will do well, I see one of the African team getting to the Second round even to The quarter final stage by God Grace

We will.brings to our numerous readers, Blow by Blow account of the 3 days prophetic conference, side attraction and general gist in our next week bulletins