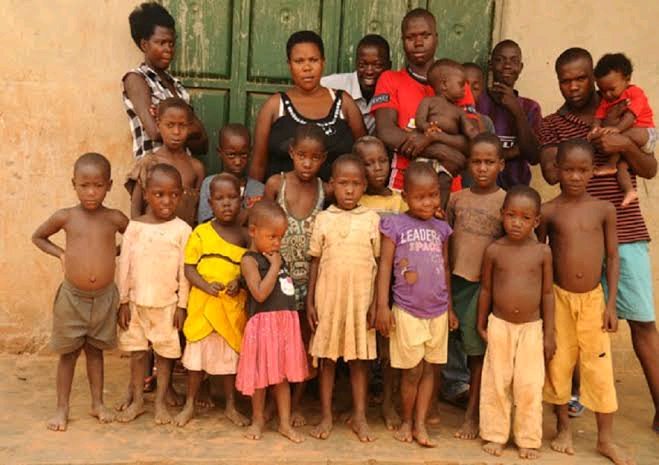 44-year-old Ugandan woman, Mariam Nabatanzi had given birth to 44 children by the time she was 40 — and only once to a single child.

Mariam Nabatanzi was sold into marriage at 12 and gave birth to a set of twins a year later.

She now has 3 sets of quadruplets, 4 sets of triplets & 6 sets of twins.

She has a genetic condition that makes her release multiple eggs in a cycle.

She is nicknamed Mother Uganda.

Doctors have told the woman she has a rare medical condition that no family planning method can help.

She was told she had unusually large ovaries that released multiple eggs at once — a condition called hyperovulation.