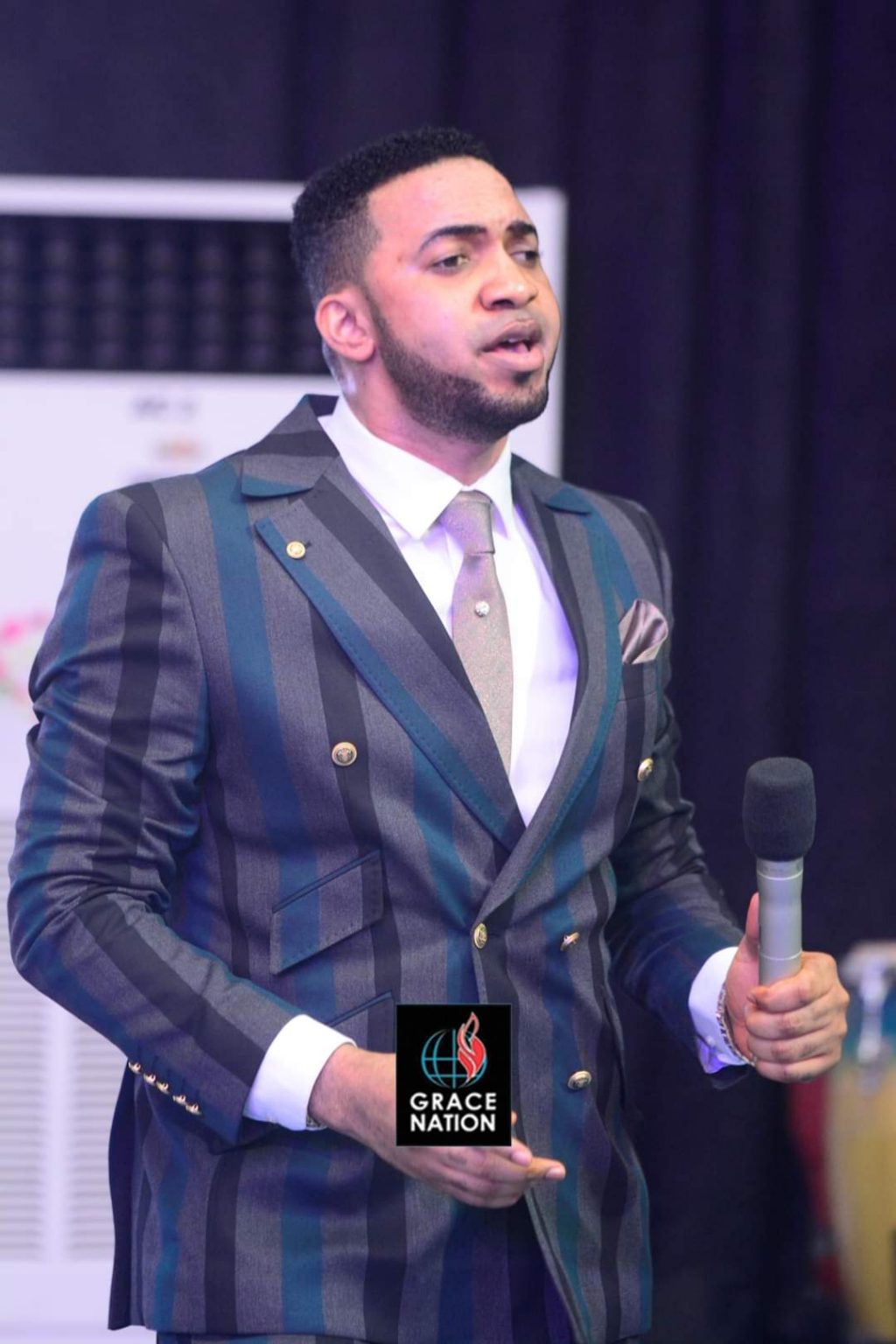 Favour locates anyone when the supernatural hand of elohim is upon that person, therefore favour is a defining elements that terminate insults or Labour

Speaking at the Sunday Divine intervention and Breakthrough service of Grace Nation international aka Liberation city on Sunday 20th November 2022, A clergy and Senior Pastor Grace Nation Dr Chris Okafor focus his Teaching on the Series “Limitations and Curses” re emphasised that favour is a Catalyst that divinely stop limitation and overturned/breaks curses

The Popular lagos Televangelist, teaching from the International Headquarters of the church in Ojodu Berger lagos Nigeria stated further that when one understand the concept of favour, breakthrough become so easy,

He said when you serve your lord and saviour with clean heart by ways of supporting and promoting the work of God with your substance, God will inturn anoint you with the oil of Favour that will distinguished you from any other person around you, therefore favour become available to you.

Dr okafor said to break out of limitation and Generational curses, favour is one of the major channel to be deployed by Elohim to break you out of curses and Limitation in Life

Anytime you see people fighting against you and when people around you are not getting favour, there is a curse upon them, you need God favour to terminate curses and labouring in vain, God’s Favour is a serious matter when you understand the Principles Dr Chris Okafor remarked

The Mighty Hand of God came down in a strange way at the Breakthrough service, God uses his servant Dr Chris Okafor in a new dimension to demystify misery behind peoples predicament, The Generational prophet of God visited ancient altars where lawful captive were kept and set them free, also inherited battles were broken and people released all to the glory of God

Many faithful re-dedicated their life to Jesus Christ as over 1000 faithfuls across the world gave there life to Christ for the first time, this testimony came through Liberation TV, while God blesses expectant mother’s with miracle babies at the service

Meanwhile the 19 anniversary ans thanksgiving of Grace Nation will commence in first week of December with a 5 Days Prophetic Conference at the international Headquarters of Grace Nation in Ojodu Berger Lagos Nigeria.