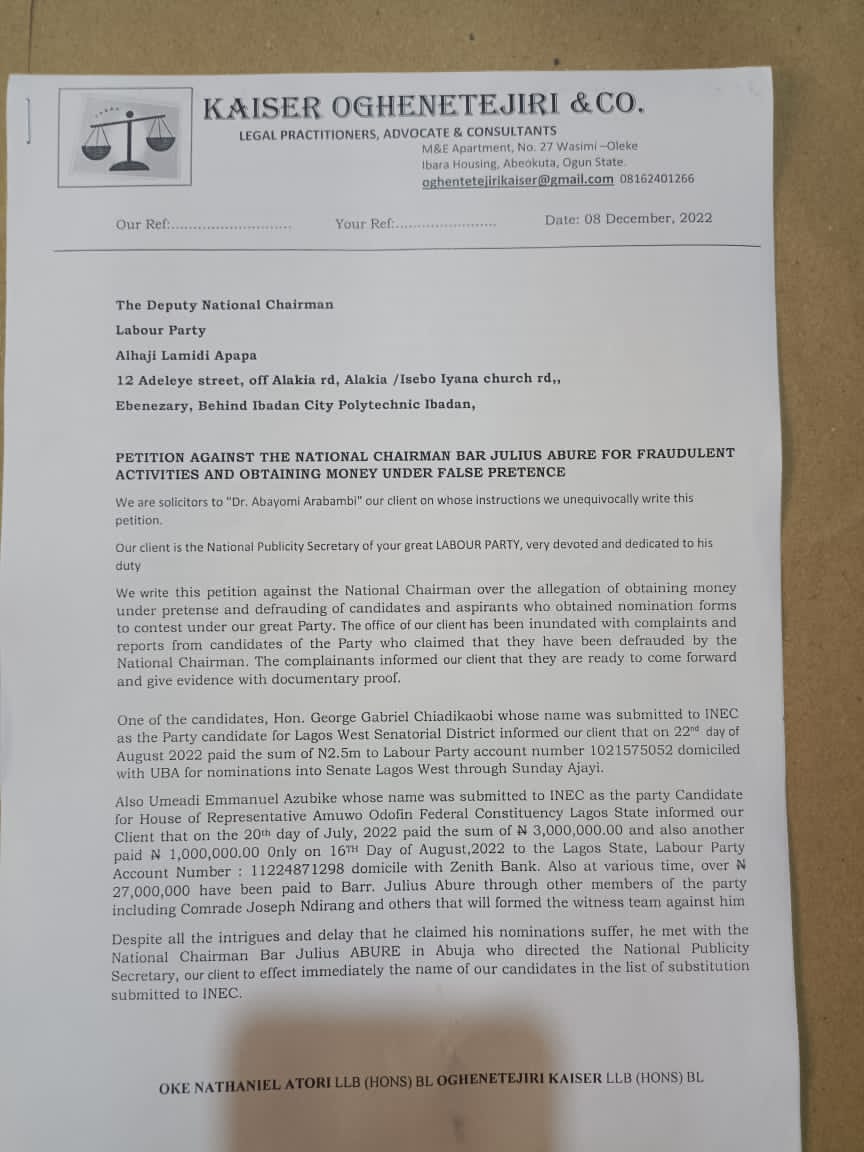 There seems to be no end in sight to the crisis rocking the Labour Party (LP) as recent documents show that the National Chairman, Julius Abure, diverted over N33,000,000 proceeds from the sale of nomination forms to aspirants contesting elections on the party platform.

He has also been accused of masterminding the internal crises in the party to cover his tracks.

The petition written by lawyers (KAISER OGHENETEJIRI & CO), alleged that the party’s candidate for Lagos West Senatorial District, George Chiadikaobi, paid the sum of N2.5m to an Access Bank account owned by Ever Ready Transport Services Ltd, linked to the National Chairman.

The letters titled “Petition Against The National Chairman, Barr Julius Abure For Fraudulent Activities And Obtaining Money Under False Pretense,” insisted that the national chairman’s actions are contrary to the party’s constitution.

It further alleged that despite paying a total of N5m in two trenches to LP account, and to another owned by Abure, the party discontinued a suit in the Federal High Court, Lagos, “which will ultimately jeopardize the listing of his name as the Lagos West Senatorial Candidate.”

This is as it lamented that Abure’s action has caused an internal crisis within the party, and warned of an impending implosion if urgent steps are not taken to address the matter.