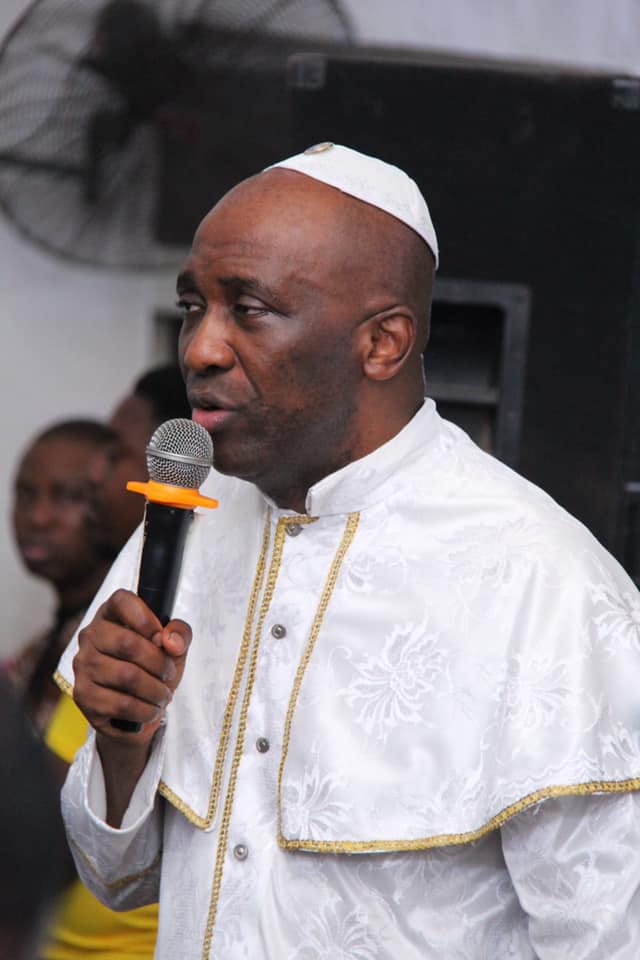 The Leader Of INRI Evangelical Spiritual Church, Primate Elijah Ayodele has asked politicians to desist from twisting his prophecies for their gains.

This was issued in a statement released by his media aide, Osho Oluwatosin in reaction to a viral story extracted from a video that the man of God has prophesied victory for APC in the 2023 presidential election.

The media office made it known that Primate Ayodele has not made a statement on the eventual winner of the election but all he has done is release warnings to all major candidates in the election.

He explained in the video, Primate Ayodele was seen warning the PDP and Labour Party candidate not to be relaxed because the APC candidate is desperate and is willing to do anything to become victorious.

Also, the media aide urged media practitioners to be responsible in their approach to news writing instead of raising false alarms that will only dent their credibility.

” It has been brought to our attention that some politicians have been twisting the prophecies of Primate Ayodele for their personal gains.

Rumours peddlers have shared that the man of God prophesied victory for the candidate of the APC, Asiwaju Bola Ahmed Tinubu in the coming 2023 presidential election.

They claimed Primate Ayodele made the statement in a video interview which was seen on his church’s Facebook page.

Against their claims, Primate Ayodele never outrightly said Tinubu will win the presidential election, All Primate Ayodele did in the video is to warn all the major candidates as usual.

“PDP and Labour party are not yet ready for thus election. What I saw over night is what I am revealing, the Lord says APC is ready to put all arsenal together; legally or illegally to get this election and If you are taking them for granted, they will be there, it’s only that Tinubu will not do second term if you allow him”

There is no where Primate Ayodele declared victory for Tinubu, and it is a known fact that Primate Ayodele has been against APC Muslim-Muslim ticket, He has spoken against the candidacy of Tinubu severally. The man of God is not one who would speak from both sides of the mouth. This was just a wake-up call to the opposition parties.

We understand that everyone is at liberty to share any information especially on social media but it is important to note that falsehood is not appreciated anywhere.

We urge the public to please disregard the rumour flying on the internet, Primate Ayodele never prophesied victory for APC in the election at anytime, neither has he revealed the winner of the election.

We also hope that media practitioners will be responsible in their duties to ensure that falsehood is totally eradicated in the Nigeria media space.