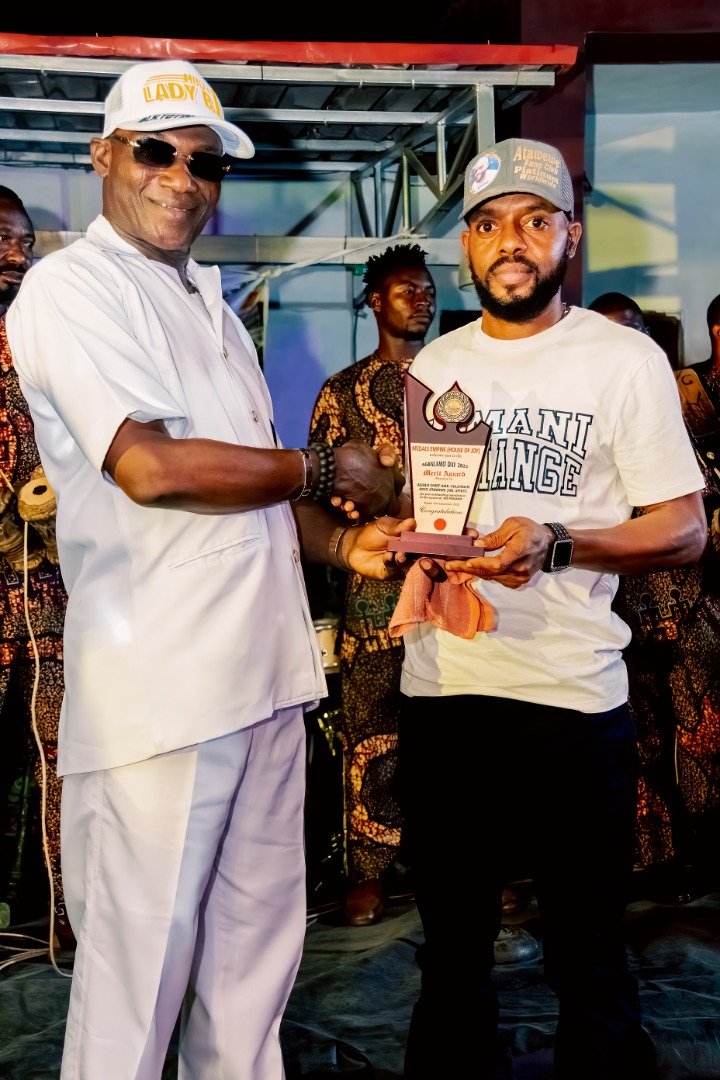 The event which was organized by Exco and members of the fans club saw Sule Adio aka Atawewe performing live for the group and praise- singing every member of the club for believing in his style of music.

Atawewe was also honoured with award by his senior colleague, Alhaji Toyin Adio Ololade aka Mr. Performer who was also a successful Fuji singer.

On why he bestowed an award on Atawewe, Mr. Performer said, Mr. Spirit as Atawewe is being called is being very nice to him, he portrays a very good character, as he accommodate people and never looks down on people. He cited an example of when he came to perform at his show for free last year, among many other benefits, he has received from him.

Mr. Performer therefore calls on other Fuji artistes to be united in order to achieve their desired goal in the industry.

Other guests at event were Ayo Mojoyin, Akin Pedro, Akin Thomas, Iyalaya among others.